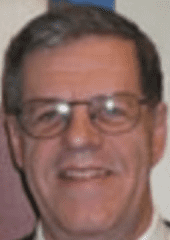 The media has reported that by early September 2018 the Government of Ontario will reduce the minimum price of beer. Unfortunately, with the exception of concerns raised by MADD Canada, other health and safety stakeholders and a few citizens, it is challenging to find any references in the media reporting on the potential health and safety risks attributed to this policy change. This commentary, drawing on national and international evidence, examines these risks which, thus far, have been largely ignored by mainstream reporting. Contrary to the Premier’s optimistic claims of costing taxpayers nothing, there are potential costs associated with this policy.

Why have minimum prices on alcoholic beverages?

Minimum prices on alcohol, also referred to as floor prices or ‘social reference pricing,’ are evident in many countries, and in all jurisdictions in Canada (Thompson et al. 2017). In Ontario these prices are indexed to inflation to ensure alcohol doesn’t become relatively cheaper than other goods. They have both commercial and public health implications and benefits. For example, they prevent one producer from ‘dumping’ beer at retail costs below production costs that would stimulate retail wars and extensive and aggressive alcohol consumption. The Canadian alcohol producers support minimum prices (Stockwell et al. 2015). In this context it should be noted that the more alcohol that is consumed in a society, the higher the harms and costs are from alcohol, including healthcare, law enforcement and lost time (Babor et al. 2010;* CSUSH 2018).

While there is variation in minimum prices for alcohol across the provinces and territories (Thompson et al. 2017), two examples are especially note-worthy. These are known as natural experiments, involving both a change in policy, and before and after measures to assess the impact. Saskatchewan raised their minimum alcohol prices in 2010 by 10%, which was associated with an 8.4% decline in consumption of all alcoholic beverages combined. The consumption of higher strength beer and wine declined the most. In contrast, in Alberta, which did not change minimum prices, there were no changes in per capita consumption before and after the intervention (Stockwell et al. 2012). As concluded by Stockwell et al, in British Columbia a 10% increase in provincial minimum alcohol prices was associated with: an 18.8% reduction in alcohol-related traffic violations, a 9.2% reduction in crimes against persons, and a 9.4% reduction in total rates of crime (Stockwell et al. 2013)

There is extensive international evidence showing that raising prices of alcoholic beverages is associated with a reduction of alcohol-related harms, including both chronic and acute consequences (Wagenaar et al. 2009</a>; 2010</a>; Babor et al. 2010;* Burton et al. 2016). In the United Kingdom there is extensive research on the potential impacts of raising the minimum price (Purshouse et al. 2010</a>; Holmes et al. 2014</a>; Meier et al. 2016). Thus, a clear conclusion is that the greatest effect is on higher risk drinkers. This research, along with the Canadian evidence described above, contributed to a proposal by the Scottish government to introduce minimum prices on alcohol (Katikireddi et al. 2018**). This policy came into effect in May 2018.

Is Lowering the Minimum Price of Beer in Ontario a Good Idea?

Reducing the minimum price of beer goes against the most compelling evidence from Canada and elsewhere. It will not reduce alcohol-related harm, but potentially increase the harms and associated costs, such as emergency, health care, police and social services. The total cost from alcohol is estimated at $5.344 billion in 2014 in Ontario, an increase of 21% since 2007 (CSUCH 2018). The proposal will not save tax-payers money, and has no redeeming quality. While one can understand the desire to keep election promises, a wise government will adjust their plans in order to promote health, safety and fiscal responsibility. Is ‘Buck-a-Beer’ as smart and responsible as Premier Ford would have us believe? This is one election promise best forgotten.

Written by Norman Giesbrecht, from the Centre for Addiction & Mental Health, Toronto, and the Dalla Lana School of Public Health at the University of Toronto.