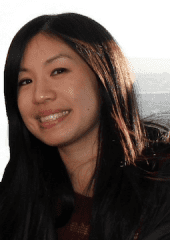 In this blog we look at trends in non-drinking across different age groups from 2005 to 2015, using annual national representative data, from the Health Survey for England. Specifically, we assess changes across years, in the following:

The Health Survey for England is an annual cross-sectional nationally representative survey of the population (more information about it can be found here). For more information on the methodology behind the results in the blog see footnote.

1. The proportion of non-drinkers

Figure 1 shows three-year moving averages of the proportion of non-drinkers in England, among different age-groups. The increase in non-drinking has been greatest for the youngest age-group aged 16 to 24 years, increasing from 18% in 2005 to 29% in 2015, becoming the second largest group of abstainers after those aged 75 and over (non-drinking is expected to be higher among the elderly where we know ill-health to be a reason for abstaining). The second largest increase in non-drinking was found among adults aged 35 to 44 years (15% to 22%).

2. The proportion of drinkers abstaining in the last week

3. The proportion of drinkers having at least two drink free days in a week

Encouragingly there was an increase in the proportion of drinkers having at-least two drink free days in the past week across age-groups, and a statistically significant linear increase over time was observed for each age-group.

However, the proportion of drinkers having at-least two drink free days in the past week steadily declined with age. For example, 2% of drinkers aged 16 to 24 years drank on more than five days in the past week, compared with around 20% of drinkers aged over 55, again demonstrating the generational divide in drinking pattern. Older adults tend to drink more lightly but more frequently than younger people who are more at risk of heavy episodic drinking.

The focus on the growing trend in non-drinking among young people is well warranted. Half did not drink alcohol in the past week compared with a third a decade earlier. Increases were found among groups less traditionally associated with abstinence such as those with good mental health, students, those in employment, and among white ethnic groups, suggesting that the change is widespread. This may indicate a cultural shift from previous generations.

On the other hand, no such increases were found among older age groups aged over 55 years. In fact, fewer drinkers aged over 65 were not drinking weekly compared to a decade earlier. However, consistent with the general population, there was a small increase in older age groups having at-least two drink free days, which is a trend to be welcomed given the burden of alcohol-related harm to older people. Despite the small increase in older adult drinkers having at-least two drink free days, 20% of drinkers aged over 55 years did not meet this recommendation, compared with just 2% of adults aged 16 to 24 years in 2015. This falls below the current guidelines set by the Department of Health which recommend having ‘several alcohol-free days’.

An older generation could learn from their younger counter-parts in explicitly adopting alcohol-free days or weeks. However increases in sales of alcohol-free beer, and alcohol-free ‘mindful drinking’ festivals such as the ones hosted by ‘Club Soda’, and ‘Morning Gloryville’, may have appealed more to a younger than older cohort. Such cultural shifts witnessed among young people may be slowly challenging the stigma surrounding non-drinking. As we learn more about the harms of any alcohol, and the ‘benefits’ of moderate alcohol become refuted, or negligible in comparison to other harms such as increased cancer risk, more could be done to promote abstinence or periods of abstinence as a positive public health message. The recent campaigns such as Public Health England’s ‘adopt alcohol-free days’ specifically targeted at older adults is an example of this. However changing behaviour and norms, particularly among an older cohort is challenging, research suggests that drinking habits may be difficult to change in this age-group.