Drunk and doubly deviant? The role of gender and intoxication in sentencing assault offencesonepiecejigsaw2020-12-15T15:08:15+00:00 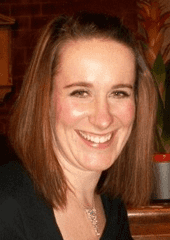 In my study, Drunk and Doubly Deviant? The Role of Gender and Intoxication in Sentencing Assault Offences, published by the British Journal of Criminology, I studied data collected as part of the Crown Court Sentencing Survey (CCSS). The CCSS examined 30,861 cases heard between the second quarter of 2012 and the end of 2014 – subsequent to the adoption of revised sentencing guidelines for assault in 2011.

I found that while being ‘under the influence’ increased, or aggravated, sentencing outcomes across the sexes – in line with guidelines – the rise in sentence severity for female offenders was significantly higher than for male offenders, even when any other mitigating or aggravating factors were taken into account.

This applied both to the likelihood of a prison sentence being applied, and the length of that sentence. Women were twice as likely as men to receive harsher sentences for assault offences when intoxication is a contributory factor.

While the chances of a female offender going to prison, or attracting a more severe sentence, was still lower than for her male counterpart, the increase in probability where intoxication featured in an offence for females was more than twice that applied to male defendants.

These findings likely reflect widely held norms and beliefs about both gender and intoxication, which shape views about how ‘deserving’ an individual is of punishment, and thus raise concerns about how intoxication and gender equality shape sentencing practice.

The findings likely reflect the perception that alcohol consumption and violence go against traditional notions of womanhood, which are amplified when sentences are handed down. At the very least, they suggest intoxication remains a contested sentencing factor, as its influence does not uniformly aggravate male and female offending.

Despite the seminal 2007 Corston report recognising that responses to female offending ought to be “gender-specific, respond sensitively to the needs of women, and divert them away from custody”, this is seemingly contradicted by gender-neutral sentencing guidelines which focus more on equality of outcome, rather than ensuring just and fair punishment for women in policy and practice.

Consequently, the Sentencing Council may wish to consider monitoring how intoxication is used as an aggravating factor and develop further guidance on how it ought to be applied in gender-informed ways.

Written by Dr Carly Lightowlers, senior lecturer in the Department of Sociology, Social Policy and Criminology, University of Liverpool.