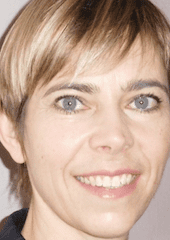 After many years of campaigning, lobbying and a five-year legal battle, Minimum Unit Pricing (MUP) for alcohol was introduced in Scotland on the 1st May this year. Despite some predicting chaos and confusion, the introduction of MUP has been notable for one thing – how calm it has been.  Retailers have broadly complied, consumers have accepted price increases and there is no evidence of a significant increase in people attending A&E or other services.

Eight months on and we are all eager to know if it’s working. The truth is it is too early to tell.

There are some reports that suggest consumer behaviour may be changing.  Convenience stores are reporting increased sales which they attribute to the price differential between them and supermarkets having reduced.  Unpublished market research data suggests consumers may be swapping from own label to branded products (again presumably because the price differential has been reduced) and trading down to smaller pack sizes.  There are also some indications they are swapping type of drink e.g. from cider to beer, and from perry to wine.  These reports are interesting, but we should avoid reading too much into them.

An independent, robust evaluation of MUP in underway, as part of the Monitoring and Evaluating Scotland’s Alcohol Strategy (MESAS) programme, led by NHS Health Scotland, but the full results won’t be known until 2023. The first figures on per-adult alcohol consumption, for both Scotland and England & Wales, will appear in the next MESAS annual monitoring report in summer 2019.  The first data on harms will come after this.  Alcohol-specific deaths for calendar year 2018 – which will cover 3 months pre-MUP and 9 months post-MUP – are expected in June 2019.  Alcohol hospitalisations for financial year 2018/19 ­– which will cover 1 month pre-MUP and 11 months post-MUP – will be out in November 2019.

In the meantime the only numbers we have are very partial and limited sales and purchasing data which some market research companies and producers have chosen to put into the public domain and which have been picked up by the media.

A recent briefing from MESAS helpfully outlines how their evaluation is going to work and why these reports aren’t necessarily telling us the full picture.

So far we’ve seen purchase and sales data from a few different sources:

Nielsen’s have issued a press release on their HomeScan Consumer Panel purchase data where a sample of households scan their purchases. This showed a 14% increase in the total value (ie. money spent) of alcohol bought, some of this comes from a 10% increase in average prices. As MUP increased the price of alcohol, this is an expected outcome. The data showed an increase in volume with purchases up by 7% in England and Wales, while in Scotland volume sales increased by 4%. However, this doesn’t tell us about the amount of pure alcohol sold as the figures are based on ‘natural volumes’; i.e. the number litres of drinks sold, regardless of type of alcohol or strength.

The Retail Data Partnership have released electronic point of sales (EPOS) data which showed an increase in the value of sales generally, but a drop of 70% in value sales of Frosty Jack’s cider.

Aston Manor, who produce Frosty Jack’s, analysed data from market research firm IRI, showing that value sales of Buckfast had increased by 17% in the weeks following MUP in comparison to the same time in 2017.

Interestingly, MESAS has also analysed retail sales data which found that Buckfast value sales were already increasing before the introduction of MUP, with a 13% rise between May and October in 2017 compared to the same dates the previous year.

The briefing from NHS Health Scotland focuses on understanding how the impact of MUP will be measured, and why it may be different from some of the data already being made available.

The official evaluation will use retail sales data to look at consumption of alcohol in Scotland. Importantly, it will be measured by converting natural volumes into the volume of pure alcohol sold, and expressed per adult in Scotland.

By looking at the volume of pure alcohol the evaluation will take into consideration factors which total value or natural volumes miss. These include changes to strength or the size of alcohol products as a result of MUP, and any changes in population size.

The reporting we’ve seen so far only covers around three to six months, and any short-term data has its limitations. It can’t be relied on to show trends. We need long-term figures to show any significant impact.

It’s also been widely reported by the alcohol trade that they’ve had a bumper summer, with a scorching heatwave, the world cup and the royal wedding all driving drink sales, all of which make comparisons between this year and last problematic.

The full evaluation will compare sales in Scotland with sales in England and Wales where MUP doesn’t yet apply (measures will be taken to take account of any effects from the introduction of MUP in Wales in 2019). The longer timescales involved will also mean that any external factors like the hot weather will have less of an impact.

Crucially, not only will the evaluation from NHS Health Scotland look at consumption levels, it will also provide a fuller assessment of its impact on health, crime and the economy.

From Alcohol Focus Scotland’s perspective it is not just the thorough and robust nature of the NHS Health Scotland evaluation that is important but also the fact it is being undertaken by an independent body, in the public interest, and they will publish reports which are open to scrutiny.  The same cannot be said for the data we have seen reported in the media so far.

We are all keen to know the real impact of MUP but we will have to be patient for this to become clear.  In the meantime, there’s still every reason to expect that MUP will save hundreds of lives and improve thousands more.

You can read the full briefing ‘Six months on from the implementation of MUP, what can we say about changes in alcohol sales in Scotland?’ from NHS Health Scotland here.