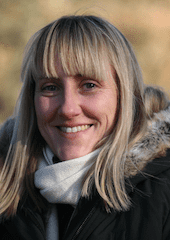 Alcohol is a major risk factor for suicide. Alcohol dependence accounts for more years of life lost to suicide than any other mental health problem apart from depression. And alcohol problems double the risk of death by suicide when they affect people with mental health problems like depression or schizophrenia. This doesn’t just affect those who are alcohol dependent. Even people with normal drinking patterns are six times more likely to attempt suicide when drunk than when sober, and they are more likely to try again.

The World Health Organisation is clear that both strategies targeted at alcohol dependence and population-based strategies are necessary to tackle suicide. They estimate that one in five suicides would be prevented if alcohol were not available. Russia introduced several policies restricting access to alcohol in 2006, for example banning alcohol sales at sports facilities and educational facilities, restricting the strength of alcohol that could be sold at shops that weren’t liquor stores, and restricting where such stores could be located. After the ban, male suicide fell by 10% and life expectancy increased.

Over 80% of the UK population drinks alcohol. As a jobbing psychiatrist, I come across people who attempt suicide while drunk most weeks. The majority aren’t alcohol dependent. So I was surprised that strategies related to alcohol intoxication (being drunk) and alcohol dependence are not included in the new suicide prevention policy. Although the recently published NICE consultation guidelines for suicide prevention mention that alcohol misuse is a risk factor for suicide, it does not include any guidance related to addressing it. When we read the document, a number of us became curious about what other countries were doing and started looking into it, investigations which led to an editorial recently published in the journal Addiction, and now this blog.

In a recent international systematic review of suicide prevention policy, no alcohol-related strategies were mentioned. I sought out national suicide prevention policies from the countries included in the review. Of those I could get hold of, only three mentioned drugs and alcohol. Two mentioned improving access to addictions services. And only the Norwegian suicide prevention policy had a specific focus on alcohol and drug misuse with some detailed recommendations. The blind spot at policy level is reflected in medical education: medical students can easily list the physical consequences of alcohol, like inflammation of the pancreas or liver failure, but even though I am teaching them as part of their psychiatry rotation, no-one mentions suicide and they look surprised when I give them the figures.

It is essential that we address this gap in policy in the UK. Suicide, especially in men, cannot be adequately prevented without modifying this risk factor. Several interlinked policies will be needed to address the spectrum of alcohol use disorders associated with suicide. First, population-level approaches of the sort advocated by the WHO to regulate the availability of alcohol are likely to be effective in reducing alcohol-related suicide, as they have been elsewhere, and to affect risk in a larger proportion of the population than more targeted measures. Second, faster access to safe detoxification and aftercare is important to address the risk conferred by alcohol as sobriety improves mood and reduces the risk of suicide. It is not recommended that actively suicidal patients are detoxified in the community, but those who are suicidal because of their desperation about their alcohol dependence are often able to hold onto hope if treatment is offered. Those who continue to be suicidal should be managed via in-patient detoxification. Faster access to aftercare will also be crucial in giving patients the best chance of remaining sober and recovering their psychological equilibrium. Third, as advocated by the recent NICE and PHE guidance on co-occurring disorders, an emphasis on co-ordination of mental health and substance use services, which are funded separately and often operated by different organisations, will avoid people falling between services.

Finally, we need to understand better how to manage suicide risk in patients who attempt suicide when intoxicated but deny on-going intent once sober. They may have the sort of drinking pattern that while associated with harm – suicidal acts – would not reach the diagnostic threshold for dependence or severity threshold for secondary addiction services. Further research is required to understand how alcohol interacts with risk and to develop effective interventions for this group.

Additional disclaimer from the author: The views expressed in this blog post are my own and do not represent the views of South London and Maudsley NHS Foundation Trust or King’s College London.