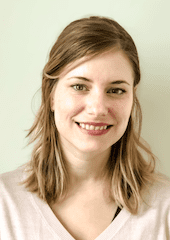 The Scottish Alcohol Framework (2018) highlights that a main priority for the Scottish Government is to reduce alcohol-related harms, by taking actions that will reduce health inequalities and better protect children and youth. Rates of alcohol use among young people are on the decline in Scotland; however, there are still variations in drinking behaviours between different types of neighbourhoods, which suggests that inequalities remain. Young people who live in neighbourhoods with higher or lower rates of income deprivation or those in more rural or urban areas tend to drink alcohol in different ways, and may drink for different reasons [Martin 2019a, 2019b]. Having a better understanding of the kinds of neighbourhood conditions that impact these patterns can help develop targeted interventions, with the goal of reducing geographic inequalities and alcohol-related harms. Below I discuss two important neighbourhood characteristics that relate to adolescent alcohol use.

In many countries, such as the US, Canada, Germany, Mexico and the Netherlands, studies have shown that rates of youth drinking are often higher outside of urban centres. This is also true in Scotland where adolescents in rural areas are more likely to report having ever drunk alcohol compared to their urban peers (The Scottish Government 2016</a>; Martin 2019a). Not only do patterns of alcohol use differ in these areas but also youth drinking is problematized differently. More concern is placed on risks that might be experienced by urban youth compared to those in rural areas, where drinking is often considered a regular part of life [Jayne, Valentine 2008]. In fact, in Scotland, when it comes to drinking behaviours such as drinking regularly,  drinking to the point of being drunk, and drinking to cope with negative emotions, those in small towns located close (a 30 minute drive or less) to cities are most at risk [Martin 2019a].

In Scotland, adolescents living in the areas with the highest socio-economic status are less likely to be regular drinkers [Martin 2019a; Petrou and Kupek 2018]. Alcohol may be used to cope with the stress of living in neighbourhoods experiencing greater deprivation. In Scotland, adolescents living in areas with higher rates of income deprivation tend to report higher levels of drinking to cope with problems and worries. This finding is particularly concerning as higher levels of alcohol use as a means of coping are related to more alcohol-related problems and drinking to alleviate negative emotions in adolescence is associated with problematic drinking later in life [Cooper 2016]. Therefore, Scottish adolescents residing in areas experiencing higher levels of material deprivation may be at greater risk of alcohol-related harms, which has implications for both their immediate and longer-term health outcomes.

Regional targeting of public health efforts are needed to address geographic inequalities. It is important to bear in mind that simply reducing young peoples’ access to alcohol may be effective at decreasing consumption, but it does not get to the root of why they are drinking. Therefore, rather than simply focusing on overall consumption levels, public health initiatives, such as those outlined in the Scottish Alcohol Strategy, must also address the underlying factors that lead to drinking. By addressing why drinking to cope is greater in some areas, policy will more effectively deal with drinking where it is more prolific and improve the health of Scottish adolescents.