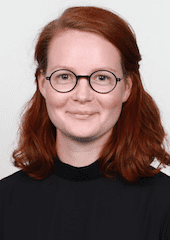 Sweden is one of two EU member states with an alcohol retail monopoly and the Swedish Systembolaget consists of above 400 stores and 500 sales agents and operates without a profit-motive. They are the only entity with a retail license for alcoholic products containing more than 3.5% alcohol. The stores don’t advertise their products, use promotional offers, sell to noticeable intoxicated people or to people under 20 years old. Age-control compliance reached over 95%.

People working in the alcohol policy field perhaps already know that the Swedish system comes with several benefits for public health. Looking to the WHO’s Best Buys, Systembolaget limits availability through a lower retail outlet density and with shorter opening hours. It also reduces marketing and keeps price on a stable level through eliminating competition for consumers between different actors on the retail market.

A study from 2017 found that a privatisation of the alcohol retail monopoly in Sweden would increase the registered alcohol consumption by more than 31% and thereby increase total deaths and assaults with 42% and 34% respectively. This due to an increase in the number of stores selling alcohol, reduced lowest price and increased alcohol marketing, to name a few.

In the past years, partial liberalisations of the monopoly have been a popular topic in the political discussions and you could assume that consumers would want the alcohol market to be as available as most others’ markets. But if you had asked a Swede on the street their opinion of Systembolaget, their answer would probably be a carefully positive one. The answer might include that they think the service and knowledge is good, that the range of products is broad and that you know what to expect when entering one of the shops.

Surveys that measure confidence in public institutions, individual companies and mass media consistently find that a large part of respondents have trust in Systembolaget. In 2019, that number reached as high as 78%. And to find answers on why the monopoly can be so popular, aside the consumer friendly benefits, we can consult the SOM-study (society, opinion and media) from Gothenburg’s University.

The SOM-study from 2016 showed that the majority of Swedes experience their own consumption as positive or neutral, but they still believe alcohol consumption has negative consequences for society as a whole.

The authors of the study wrote:

‘[The citizens] are prepared to jointly endure financial and practical hardships to prevent problems that primarily affect others than themselves.’

The authors concluded that the support for restrictive alcohol policies might come from the fact that Swedes have a rather nuanced picture of the effect of alcohol. This is in line with studies in the UK that found that the more the respondents were aware of the connection between alcohol and fatal cancers, the larger were the support for public health related policies.

So even though Systembolaget and the monopoly status might restrict the average alcohol consumer, it also entails benefits: Benefits for the consumer receiving good service and a broad range of quality products even in remote municipalities, but also in terms of a safer society and the knowledge that one’s neighbour might benefit from the restrictions.