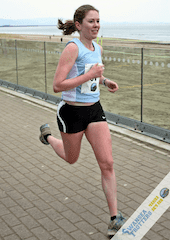 Being an athlete is great! There is nothing quite like the buzz of competition – a win, a personal best, the satisfaction of knowing you pushed yourself to the limit. On top of that there is the joy of being surrounded by your teammates, the people you’ve worked with day in and day out to be the best you can be. Sport really is wonderful!

Being an athlete is also hard work. Athletic success is dependent on the ability of athletes to consistently perform complex and physically demanding tasks in high pressure situations. This does not come easily. Hour after hour is spent training to reach peak physical condition and develop psychological and tactical skills to place the athlete in the best possible position going into competitions that can be won or lost by the smallest of margins. The expertise of a wide range of professionals – physiotherapists, strength and conditioning coaches, dieticians, psychologists, biomechanists and physiologists – are drawn upon to tackle weaknesses and build on strengths. The athletes’ lifestyle requires dedication, perseverance and often sacrifice in order to attain their set goals. For many, one such sacrifice is alcohol.

Consuming alcohol is not conducive to athletic performance for a number of reasons. Firstly, there are physical implications of alcohol use. Acute dehydration and impaired liver function following alcohol use result in thermoregulatory, metabolic, and cardiovascular implications which lead to reduced performance. Longer term, alcohol use has also been associated with an increased risk of sporting injury and delayed recovery period. Secondly, alcohol consumption can affect athletes’ psychological capacity. High levels of alcohol use is associated with decreases in cognitive function, attentional control, motivation and psychomotor performance. As with physical effects, the psychological consequences of alcohol use are not limited to the hangover period. Poor performances following alcohol use, which may be viewed as a form of self-handicapping, have the potential to dent athletes’ self-efficacy, creating negative and lasting effects on performance beyond physical recovery from alcohol consumption.

Considering the consequences it seems clear that athletic performance and alcohol use hardly go hand-in-hand yet it is not uncommon for athletes to drink alcohol to excess. In fact, there is some evidence to suggest that athletic populations may actually be at increased risk of problematic alcohol use. Given the apparent incompatibility of alcohol use and peak performance, why do athletes use alcohol?

Celebrating? Grab yourself a drink! That’s pretty normal behaviour for many of us. Alcohol is a normal and accepted part of many celebrations and sporting successes are no exception. Research on athletes’ use of alcohol clearly shows that social and cultural mechanisms legitimise, and sometimes encourage, the use of alcohol in sport environments. When the final whistle goes the need for discipline and restraint disappears and in its place comes alcohol and a night with the ‘lads’. Another such scenario is the initiation of athletes into the team. Initiations are typically alcohol-fuelled events in which new team member are required to partake in order to gain acceptance within the team. Risky alcohol consumption is actively encouraged for new players to demonstrate their worth. Let’s also not forget that athletes are competitive. For some, drinking provides another platform for competition. No one wants to be the ‘lightweight’ of the group and becoming a ‘good drinker’ can become a way of gaining kudos within the team. This creates a culture where consumption of extreme amounts of alcohol is not so much deviant and problematic, but rather something to aspire to.

Sports environments can be stressful – athletes are often viewed as being superhuman, casually managing any challenge that comes their way. In reality athletes have as many vulnerabilities as anyone else and aren’t immune to stressors (which are plentiful in high performance environments). Striving for perfection, dealing with losses, having very little job security, being constantly observed and judged based on their performance – it is no wonder that athletes sometimes feel under pressure and without alternative ways of managing such pressures alcohol can become a very attractive option. Alcohol provides a way of coping (albeit short term) with stressors they face.

As I mentioned earlier, being an athlete is great. Camaraderie, endorphins, personal achievement and growth – sport provides it all. When things are going well the sports arena is a good place to be. But what happens when you get injured? What happens when you underperform and miss out on selection for that competition you’ve spent all year training for? All of a sudden being an athlete can be much more difficult and all the boxes that sport was ticking for our wellbeing are left empty. Sport is a huge part of any athlete’s life. Take this away, even temporarily, and a huge void is left behind. Without other means of filling this void, athletes may turn to alcohol to find the ‘feel good factor’ they were previously getting from naturally released endorphins or to numb the pain that they are experiencing at the loss of their sport.

So, it appears that the relationship between athletes and alcohol is perhaps not as straight forward as it seems at first glance. The expectations around alcohol use are unclear – characterised by periods of abstinence interspersed with celebratory binges. Combine this with a highly demanding environment and it is unsurprising that without sufficient skills and resources to manage these demands athletes, just like any other human, turn to alcohol as the answer. The paradoxical relationship between alcohol and sport should not be viewed as unusual or extraordinary, or brushed aside as atypical. Instead it should be explored so that effective changes can be made that promote an athlete-alcohol relationship that is compatible with both wellbeing and performance.