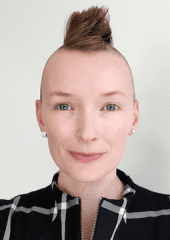 The role of alcohol and other drugs (AOD) in domestic/family violence is increasingly difficult to ignore, yet challenging to reconcile with dominant feminist analyses of the problem.

While I was researching gender and domestic/family violence (DFV), using the 2015-16 Victorian Royal Commission into Family Violence as a case study, one of the most interesting puzzles I came across related to AOD. I interviewed several people who were experts in the intersection between AOD and DFV and they all said similar things: it’s very difficult to talk about AOD and its role in DFV, mainly because there’s a resistance in the DFV sector to addressing substance abuse issues.

One participant said to me, about the AOD and DFV sectors:

…these sectors aren’t siloed for no reason. …And one of them is are you really clear that domestic violence isn’t caused by drug and alcohol abuse. That’s a boundary marker. You say the wrong thing in that area, you lose your credibility.

This researcher felt that actors on the wrong side of that boundary marker are at risk of antagonising or not being taken seriously by the DFV sector and others who specialise in gender-based violence.

Another participant found that their conversations with DFV practitioners tended to stop at “alcohol and drugs do not cause family violence”, with no apparent appetite for addressing the intersection between the two issues. I wondered why this area was so controversial, and combined insights from my interviews and the academic literature to try and work it out.

I decided that a central point of contention about the role of AOD in DFV can be boiled down to a single question: “are alcohol and other drugs a cause of DFV?” For a much more detailed exploration, see my full article here.

The relationship between AOD and DFV

There are three main ways that AOD consumption is linked to DFV: first, it relates to the perpetration of violence both when offenders are intoxicated and in withdrawal. Second, it relates to the experience and severity of victimisation – it can impair a victim’s judgement, making them less able to de-escalate situations of conflict; reduce their capacity to implement safety strategies; increase their dependence on a violent partner; and decrease their credibility with service providers. Third, victims of DFV can develop problematic relationships with drugs or alcohol as a coping mechanism.

Growing up on opposite sides of the fence

So, why is it so difficult to talk about the role of AOD in DFV? Firstly, the AOD and DFV sectors have a different ways of approaching treatment and thinking about the problem. One of my participants (an AOD practitioner) reflected that “we’re all carrying baggage from our history”; the AOD sector stemmed from a group of ‘disenfranchised’ people who had histories of addiction that they’d overcome. They had “picked people up off the streets who were like them”, and were “advocating for them and fighting with them against the world”. Most of the workers and clients in this sector are male, and a gender neutral or individualised analysis of the link between AOD and violence is common.

In the DFV sector (at least in Victoria), most of the workers are female, and a feminist power and control analysis of violence prevails. Perpetrator programs are for men and victims’ support services are for women and children. The DFV sector tends to work from a philosophy of empowering victims and increasing perpetrator accountability – it aims for men to take responsibility for their violence. Its objective has been to support women to understand that the violence is not their fault, but rather stems from men’s sense of entitlement to control women, and attitudes that support or enable the use of violence to do so.

The AOD sector has employed a more ‘medical’ approach, which focuses on the individual (rather than broader societal factors), and seeks to reduce the stigma of addiction by framing it as a disease or disorder. One study examining the discourse of Victorian AOD treatment providers found that they tended to alleviate the guilt and shame of substance abusers by referring to the ‘diseased’ or ‘hijacked’ brain. This ‘medical’ model of addiction as disease or disorder can be seen as allowing men to shift responsibility for violence.

Community surveys show that a significant (although thankfully diminishing) minority of people in Australia believe that if you’re drunk, you’re not as responsible for your actions as when you’re sober. There’s this idea that people get drunk, lose control, and then ‘snap’ and become violent.

So, attributing causation to drug and alcohol addiction can imply a lack of control on the part of abusers. This is the exact opposite of the women’s movement’s power and control analysis of DFV, where men are seen to use violence instrumentally and deliberately (not reactively), in a way that’s connected to the unequal distribution of power between men and women on a societal level. It also moves the analysis from structural factors that we are all responsible for (e.g. gender inequality), to individual factors that are about personal responsibility.

In another language-related tension, different research and professional traditions have different understandings of the word ‘cause’. In epidemiological and public health research traditions, it can be OK to say that AOD is a cause of violence, where AOD is part of a multicausality framework that identifies ‘component causes’ or ‘contributing causes’ of the disease or public health problem. A component cause may not be necessary or sufficient to cause every case of the problem, but a lot of cases may still be prevented if that factor is blocked or removed.

In the feminist DFV research tradition, people often say that because not all men who use alcohol are violent and not all violence is associated with alcohol use, these substances can’t be seen as causal factors. Gender inequality and violence-supportive attitudes are seen as more ubiquitous than AOD use, so the former are ‘causal’ or ‘determinative’, and AOD are framed as ‘contributing’ to or ‘reinforcing’ the violence, or ‘co-occurring’ with the violence that is already there.

A way forward: Focusing on how gender and substance abuse interrelate

One way forward is to leave behind sensitivities about whether gender inequality or individual factors such as substance abuse are most responsible for the harms of DFV, and instead to understand how AOD and gender combine to influence the perpetration and experience of DFV, as well as throwing up barriers to help-seeking. In other words: substance abuse affects the problem of DFV in gendered ways.

Feminist DFV researchers and practitioners should take heart from the fact that it is possible to take substance abuse into account from an explicitly feminist standpoint that does not ignore the role of gender hierarchies in causing DFV. Work by many scholars has engaged fruitfully with the way that substance abuse and performance of masculinity, or adherence to traditional notions of masculinity, are linked to violence. For example, Gail Gilchrist and colleagues found that AOD abuse is intertwined with intimate partner violence in very gendered ways related to structural power differences and expectations about men as providers and protectors who control the relationship, and women as mothers and subservient partners.

Encouragingly, Victoria’s 2017 family violence prevention strategy notes an intention to “[a]ddress the intersections between social norms about alcohol and gender”. Other drugs should be added to this agenda, and more governments should take up this crucial intersection in their DFV policy.

Written by Dr Sophie Yates, postdoctoral researcher at the Public Service Research Group, School of Business, UNSW Canberra, and social media editor at the Australian Journal of Public Administration. An earlier version of this article was posted on LSE Engenderings.