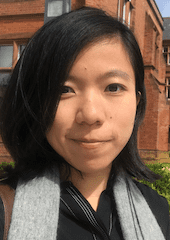 Early in June, I attended the 45th Kettil Bruun Society (KBS) Symposium in Utrecht. As a first-timer for the KBS meeting, I found it a fascinating opportunity to learn about the latest research and experience from different countries at various development stages facing different social and public health challenges from alcohol use. At the meeting, I was honoured to receive the Ole-Jørgen Skog Award for my research on the relationships between alcohol drinking and risk of liver diseases in Chinese men. The paper is not published yet, but in this blog I will give you a brief overview of the importance and the potential public health implications of this research.

Although alcohol drinking is an established risk factor for liver cirrhosis and certain cancer types including liver cancer, most of the existing evidence came from epidemiological studies in Western populations. These results may not be generalisable to other developing Asian countries, such as China, which differ importantly from the West in a number of ways.

First, the prevalence of drinking and level of consumption used to be lower in China than many developed Western countries, particularly in women as unhealthy behaviours like drinking and smoking is discouraged among women in Chinese societies. Yet, the alcohol consumption level has markedly increased in China recently along with rapid economic development, despite the recent stagnation and declines in the West.

Second, Chinese drinkers have specific drinking culture. Chinese drinkers predominantly drink Chinese-style strong distilled liquor but rarely drink grape wine as most Western drinkers do. Also, in China, alcohol is generally consumed in social situations together with meals, where food may affect the resulting blood alcohol concentration and the intoxication level of the drinker.

Third, and importantly, many people in China and other East Asian populations cannot metabolise alcohol effectively due to an genetic deficiency, which leads to the accumulation of the harmful acetaldehyde (which is a carcinogen and damages the liver) and the unpleasant flushing response with hot flushes and nausea after moderate drinking. While this genetic deficiency may prevent the carrier from heavy drinking, it may confer extra harms to carriers who drink heavily due to personal choice or environmental pressure (eg, peer pressure, business purpose which are common in China).

All these East-West differences in drinking behaviours and factors may affect the alcohol-liver disease relationship. Therefore, appropriate research in assessing the relationship between alcohol consumption and risk of liver diseases in Chinese adults will help to inform public health prevention strategies in China (where with one-fifth of the global population but contributes to almost half of all global liver cancer deaths), and to improve our understanding of the role of alcohol and different drinking patterns in the development of liver diseases.

Who were our study sample?

We analysed the China Kadoorie Biobank (CKB), a prospective cohort of 0.5 million adults recruited from 10 diverse rural and urban regions in China during 2004-2008, who were followed-up for 10 years via linkage to death and disease registries and electronic health insurance records. Since only 2% of women drank alcohol at least weekly in the CKB, we focused our analyses in ~206,000 men without prior cancer or chronic liver diseases, where 33% drank alcohol at least weekly.

While weekly amount consumed remained the most important risk factor for liver diseases, certain drinking patterns particularly drinking daily and drinking without meals appeared to increase the risk of overall and alcoholic liver diseases after controlling for amount.

What does this mean for public health?

The findings strengthen the need of interventions to reduce alcohol consumption at population level. Further to amount reduction, avoiding harmful drinking patterns do matter as well. In addition to population-level approach, high-risk individual approach may also target men who have the alcohol flushing response and are obese in primary prevention, once similar findings are replicated by more future studies with more statistical power.

Importantly, the latter two messages on drinking patterns and high-risk approach will need to be handled and communicated to the public with care, as they may easily be manipulated by alcohol industry or misinterpreted by the public by distracting the attention from the core message of reducing alcohol consumption to individual responsibility of drinking with the “right pattern” and “personal risk factors”. After all, the focus on reducing alcohol consumption should not be lost.

I would like to take this opportunity to thank the Ole-Jørgen Skog Award committee for awarding my research, and the CKB research group and participants for their contribution to the project.

If you are interested in research on alcohol in the CKB, you may read our recently published research on patterns and trends of alcohol consumption, and a genetic epidemiological study on alcohol and vascular disease. We are currently preparing the publications for this research and cancers, with future research planned to explore a wider range of diseases related to alcohol in China.