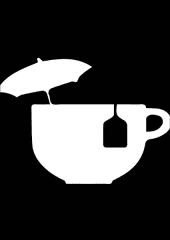 The Dry January movement has come a long way since it was first organised in 2013 by Alcohol Change UK (formerly Alcohol Concern).

Not only has it attracted ever more publicity every year, but this year, the movement has spread across the channel to France. Around 20 associations, including the Société Française d’Alcoologie (SFA), Association Nationale de Prévention en Alcoologie et Addictologie (ANPAA), Fédération Française d’Addictologie (FFA) and La Ligue Nationale contre le Cancer (UICC) support the initiative.*

Dry January invites those concerned about their alcohol intake who wish to monitor it more closely to challenge themselves to forego drinking alcohol for the month. Unlike the tobacco-free month, which is organised by the public authorities every year in November, the objective is not to stop definitively, but to take a break and to study the place occupied by alcohol in our daily lives.

The organisers highlight the many advantages to stop drinking alcohol; like having better skin and better sleep, weight loss, and ultimately, greater control over one’s drinking habits.

But the popular rise of the movement in France has not been without controversy.

Primarily, the French-style “Dry January” was slated to be managed by Public Health Agency France, which is supported by the Ministry of Health. But plans to do so were abandoned under pressure from the wine lobby, and after a lunch with the champagne producers in Epernay, President Emmanuel Macron himself stated his opposition to the campaign. Winegrowers claim that wine represents too big a part of French culture for producers to ignore – in fact the 22nd of the month is the date of the annual winegrowers’ feast.

The best example of this justification of economic interests by the culture and history of France comes from the current Minister of Agriculture Didier Guillaume. In January 2019, he was reported proclaiming his love for wine, saying ‘wine is not like other alcohol’. Addiction to alcohol is dramatic, especially in youth, with the phenomenon of ‘binge drinking’.

‘But I have never seen a young person coming out of a drunk nightclub because he had drunk Côtes-Du-Rhône, Crozes-Hermitage, Bordeaux, never. They drink mixers, and other, stronger stuff.’

Undeterred by the absence of support from the government, the health associations have still decided to unite to promote this campaign, turning it into a challenge, heavily promoted on social media by the hashtag #LeDéfiDeJanvier (The January Challenge).

What is France’s relationship with alcohol?

As a reminder, the consumption of alcohol is a risk factor for many diseases, such as cancers and vascular diseases, and kills more than 40,000 people per year in France, which represents 7% of the mortality in the country.

We have also had the testimony of a psychiatrist called Fatma Bouvet, who looks after women suffering from alcohol dependency issues. In her article, she described the lives of women who drink to forget the trauma of the violence they endured. So, alcohol is not only a risk factor for disease, but also has an impact on those around the drinker, which is why alcohol appears as a prominent factor in cases of domestic violence, sexual harassment and rape.

It is stories such as the ones she provided in the article that are as good a reason as any for France to take up #LeDéfiDeJanvier, and ultimately for the nation to improve its relationship with alcohol.