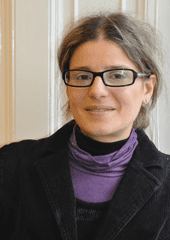 A 2001 contribution to this blog argued that there used to be a time in which ‘it was not necessary to pay attention to international trade treaties’ in the context of the formulation and implementation of alcohol policy at national level.

This is no longer the case. The treaty establishing the World Trade Organisation (WTO) covers virtually every area of trade, whether in goods or in services, and addresses also aspects of intellectual property that relate to trade. It provides for a dispute settlement mechanism and for reviews of WTO member states’ trade policies.

The WTO enshrines five key principles. First, the principle of non-discrimination, which includes national treatment (domestic goods and imported goods should be treated equally) and most-favoured nation (importing countries cannot discriminate between imported goods from different countries based on their origin). Second, trade barriers should come down gradually through negotiations. Third, trade regulation of WTO members should be predictable and not arbitrary. Fourth, competition should be promoted. Fifth, the demands of developing countries should be heard and accommodated.

The WTO’s commitment to free trade, however, does not prevent WTO members from regulating their own markets. For this purpose, WTO law provides for flexibilities and exceptions. Thus, the Technical Barriers to Trade Agreement aims to ensure the general compliance of a number of ‘technical barriers to trade’ with the WTO principles, such as labelling requirements. Article XX of the GATT (the General Agreement on Trade and Tariffs) allows WTO members to introduce restrictions on the importation of goods related to public interests and public security that (see page 37).

Alcohol policy is no stranger to controversy in the WTO context: tax schemes on alcohol purchases breach the principle of non-discrimination if they put imported goods at a disadvantage vis-à-vis domestic products (see DS75, Korea—Taxes on Alcoholic beverages, Appellate Body report adopted on 17 February 1999 as an example). National rules governing pricing or sale of alcohol could constitute based restrictions on imports. National labelling, production and supply requirements might fall foul of the same principles if they impose on imported goods a greater burden than they impose on local products—for instance because re-labelling might be required (see G/TBT/WG/555, Thailand—draft labelling requirements for alcohol beverages).

The operation of the WTO Dispute Settlement Body has been instrumental in drawing a balance between the demands of free trade and the concern for protecting the states’ right to regulate in the public interest. States can bring their grievances to a first-instance panel, and its decision can be appealed before an Appellate Body. This framework is, however, in crisis. On 11 December 2019, two members of the WTO Appellate Body, famously named as the Organisation’s ‘jewel of the crown‘, ended their term, leaving only one member in office. Since the Appellate Body can only operate in three-member divisions, it can no longer work. Panels’ decisions, if appealed, would remain unexecuted in a legal limbo.

Despite the call made by more than 100 members of the WTO to start in earnest the selection of the new members, no such process commenced. The cause lies in the veto put by the United States (US) administration. At the moment, a number of WTO members, including the EU, are considering the possibility to establish an arbitral tribunal which would de facto replace the Appellate Body in dealing with challenges against Panel decisions in accordance with Article XXV of the WTO Agreement (see inter alia the European Parliament Resolution of 28 November 2019). What is clear, however, is that healing the rifts among WTO members such as the US will take much longer.

What are the repercussions of the WTO crisis for those disputes affecting more directly the WTO legality of alcohol-related measures and more generally the ability of contracting states to regulate alcohol effectively? Pending proceedings are suspended indefinitely and appeals will be heard as soon as, and if, the Appellate Body’s new members are appointed. The exercise of the right to appeal by a contracting state, however, has suspensory effect: thus, whatever the outcome of the panel decision, the national measure being challenged will continue to apply in the interim.

However, its continuing applicability is affected by significant uncertainty owed to the possibility of it being declared incompatible with the WTO at some point in the future. Should a measure not be appealed at this stage, it might be envisaged that the contracting state that adopted the decision under challenge could await the decision of the Panel and then exercise their right to appeal, so as to maintain, de facto, the status quo ante the
challenge.

There are a number of cases concerning alcohol regulation that are currently making their way through the WTO dispute resolution framework. For instance, in 2016 a panel was convened to decide on the WTO compliance of Colombian rules governing the taxation of spirits which, it was alleged, adversely affected imported spirits (see DS502—Colombia—measures concerning imported spirits). A dispute affecting the WTO legality of Armenian legislation on excise duties affecting alcohol and tobacco is also pending (DS411—Armenia—measures affecting the importation and internal sale of tobacco and alcoholic beverages).

It could be suggested that until such time as either the Appellate Body is reconstituted or the WTO members agree to establish an alternative arbitral tribunal contested trade rules would remain in force and face no legal challenge. In the absence of a quasi-judicial, impartial mechanism for the resolution of disputes, trade restrictions could trigger retaliatory measures by the exporting countries, in an escalation that would not benefit international trade, would create global uncertainty (see inter alia, Hoekman and Mavroidis, Burning down the house?) and would mark a departure from the WTO members’ commitment to the rule of law.

While enforcement is not the only important element of WTO obligations, the current crisis of the WTO Dispute Settlement Body could expose alcohol policies to significant uncertainty. Without the prospect of legal action, States could engage in opaque intergovernmental negotiations and unilateral retaliatory measures. Accordingly, the next months and years could see a return to the rule of power in international trade, something that the WTO had kept relatively dormant for more than two decades.