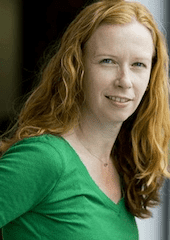 On 2 March 2020, a minimum price for alcohol (MPA) of 50p per unit* will be introduced in Wales, bringing the country into line with Scotland where minimum unit pricing has been operating since 1 May 2018.

The principle aim of introducing MPA in Wales is to reduce alcohol-related harm, which is recognised as a major public health issue resulting in over 400 deaths a year as well as a range of other health and social harms.

It has been estimated (by researchers at the University of Sheffield) that introducing a 50p per unit MPA in Wales will result in 66 fewer alcohol-related deaths and 1,281 fewer hospital admissions each year and save the Welsh economy £783m in terms of reductions in illness, crime and workplace absence over a 20-year period.

While the Public Health (Minimum Price for Alcohol) (Wales) Act 2018 is designed as a whole population measure, the policy targets hazardous and harmful drinking through a focus on low cost, high strength products. It is therefore likely that certain types of drinker (including those drinkers who are dependent on cheap, strong alcohol) will be affected by the legislation more than others.

The question of how dependent drinkers will respond to the increase in price was raised by Assembly Members during the scrutiny stages of the legislation. Of particular concern was the possibility that some might switch to illegal drugs such as synthetic cannabinoids (ie spice) in an attempt to obtain the best value, or best hit, for money.

Given the limited evidence base from which to answer this question, the Welsh Government issued an invitation to tender for a research project investigating the potential for substance switching (and other unintended consequences) following the introduction of a MPA. The contract was awarded to a consortium of researchers from Figure 8 Consultancy, University of South Wales and Glyndwr University.

The nine-month project gathered the thoughts and perceptions of substance misuse treatment providers as well as drinkers using semi-structured interviews and online questionnaire surveys. Engagement with the study was better than expected, with nearly 200 survey responses and interviews with 87 individuals.

The potential for substance switching was thought to be an unlikely consequence of introducing a MPA in Wales. For the majority of drinkers, alcohol was understood to be a clear drug of choice and crossing over to drugs and especially towards the margins of legal/illegal activity, was just not an option. It was therefore predicted that for most drinkers the only switching or change in use would be alcohol-related. In other words, it was anticipated that drinkers might switch the type of alcohol they consume or change their purchasing behaviour.

There was, however, a suggestion that switching between substances would be more likely among certain groups, notably street drinkers and those with prior experience of drug use. If switching away from alcohol was to occur, it was predicted that this would most likely be to prescription medications such as benzodiazepines that mimic the effects of alcohol, followed by cannabis and synthetic cannabinoids, with only a few suggesting a switch to cocaine or opiate use.

Generally speaking, providers and drinkers were pessimistic about the potential for a MPA to reduce alcohol consumption. For low-medium risk drinkers, the feeling was that any increase in expenditure would be absorbed into existing budgets and that no significant adaptation or change in behaviour would be warranted. However, a different scenario was anticipated for high-risk, dependent drinkers, and a range of potential coping mechanisms, often extensions of existing behaviour, were predicted. These included, in no particular order:

There was concern that many of these coping strategies would result in negative consequences not only for drinkers but also for their families, friends and the communities in which they live. The potential harm to children arising from a shift in household expenditure away from food and housing costs to alcohol was a particular fear as too were the personal and social consequences that an increase in acquisitive crime might bring.

It is unknown whether the predictions made by our interviewees and survey respondents will materialise once the legislation is enforced next spring. But, as the old adage goes, forewarned is forearmed.

To help prepare for the introduction of a MPA and minimise these potential problems, it was thought important that carefully worded and widely publicised messages, on a variety of platforms, be issued across Wales. Dissemination of findings was thought to be critical in helping key stakeholder groups prepare for a potential increase in demand for their services (eg GPs, substance misuse services, A&E, police).

Early warning of the price change was also thought to be essential for drinkers as this would give them the opportunity to consider, and perhaps implement, long-term coping strategies, such as cutting down or entering treatment, prior to the introduction of a MPA.

Inevitably, any increase in demand for treatment, or indeed services of any kind, has a monetary cost. The extent to which the extra £2.4m of funding allocated to substance misuse services by Welsh Government for 2019-20 will result in alcohol-focused activity sufficient for supporting this additional work, is not clear. Time will tell.

The full report from Katy Holloway, Tom May, Marian Buhociu, Wulf Livingston, Andy Perkins and Iolo Madoc-Jones – ‘Research into the potential for substance switching following the introduction of minimum pricing for alcohol in Wales‘, and a summary version of the report can be found here: https://gov.wales/minimum-pricing-alcohol-research-potential-consequences

* MPA is the official Welsh Government description of a minimum price for alcohol, more commonly called MUP when expressed per unit.

Written by Katy Holloway, professor of criminology at the University of South Wales.