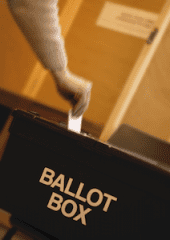 In the run up to a General Election, political geeks love to trade rumour and gossip about just what will be in the parties’ manifestos. There’s a tension between the manifesto’s role as a marketing document and its need to provide a blueprint for government, so parties are more likely to play down policies they may think are necessary but which they sense may be unpopular with a target group. We can’t compare the documents like for like, but with most (but not all) of the parties now showing their hand, let’s try.

From an alcohol perspective the main issues are public health, duty and pricing, industry interventions and wider topics such as crime and mental health.

The Conservative manifesto has been widely-described as thin. In fact, there’s plenty to see, but not on alcohol harms. As with the prevention green paper earlier this year there is a reference to tackling ‘underlying causes of increases in NHS demand’ and mention of obesity but not alcohol harms or the problems they causes such as the rising levels of liver disease. There’s a commitment to expand electronic tagging and the use of sobriety tags, reflecting a favourite policy of current crime and policing minister Kit Malthouse. There’s a fund to help local communities rescue failing pubs and action promised on tax cuts for pubs and other small retailers.

The IAS has long called for a review of alcohol duty – we’ve consistently argued the current system is a mess – and the Conservatives are proposing a review, though it is framed as a way in which to specifically help exports of Scotch whisky (with its 42,000 jobs) rather than to tackle the strange market distortions we currently experience. There is no cost attached to this review which suggests either a neutral outcome overall (so some types of drink would get more expensive in order to favour Scotch?) or additional and so far uncounted changes to the public purse. It’s the only example we can see of a proposal to internal duty frameworks that is ostensibly to send signals to foreign governments rather than to the domestic consumers who actually pay the duty. You’ll have to draw your own conclusions.

Labour take a view that is more supportive of public health, with a range of measures. Alcohol-related health problems will be treated by expanded addiction-support services. Alcohol products will need health warnings on their labels. There is a commitment to ‘review’ the evidence on minimum pricing with an implication that Labour will introduce it in England if the measure is proven to be successful in Scotland, Wales and (if the politicians can work together) Northern Ireland. Pubs could potentially receive support following a review of business rates, and community groups will have the first chance to buy local pubs threatened with closure. Our colleagues in the Alcohol and Families Alliance will be pleased that kinship carers will be included in the review of the care system.

Labour may be prepared to review the evidence on (minimum unit pricing) MUP, but the Liberal Democrats have made up their minds, following an occasionally feisty debate at their Bournemouth conference: MUP is on its way if Jo Swinson sits in No 10. The Lib Dems are also promising universal access to addiction treatment, restoring public health funding and integrating public health and NHS services. There’s a commitment to public information campaigns to tackle stigmas within specific communities. Scotch whisky advocates have done their job and domestic duty will be reviewed ‘to better support whisky exports’. Interestingly this features specifically in the Scotland section of the manifesto – and is expected to be revenue neutral. It isn’t clear whether this would be compatible with the proposal to pursue the World Health Organisation’s Health in All Policies approach.

The party that bravely blazed the trail on MUP, the SNP, don’t mention it at all: it is, after all, now being implemented in Scotland and the SNP wouldn’t see it as their role to impose it on other UK nations. There is, instead, a blistering defence of…Scotch whisky, with its 41,000 jobs (no jokes please about how the SNP and Tories can’t even agree on the number of jobs involved). There is a proposal for age verification on websites which will please the alcohol industry as it has complained that wily under-age consumers foil alcohol websites’ best age-verification efforts by lying about their birth date.

The Greens give us MUP and prohibit commercial advertising of alcohol (and all other drugs). That in itself is bold, but bolder still is the proposal for increased alcohol duties of £3 billion (by contrast, the Alcohol Health Alliance’s call for a duty rise of 2% above inflation was expected to yield £150 million). It isn’t clear whether this measure will target the off-trade as there is also a proposal to reduce VAT on food and drink served in pubs, bars and restaurants. We’ll be interested to hear more about these proposals and the modelling behind them.

Like others, Plaid Cymru are offering a review of the tax system, but Plaid spell out that this will be done to promote public health, citing MUP as an example of how that works. MUP isn’t a tax, but we applaud the sentiment of putting public health at the centre of policy. There is a small reference in passing to supporting the production of Welsh wine. Most of the parties include specific proposals to support improved mental health but Plaid are as far as I can see the only party to mention that mental health professionals should be trained to deal with co-occurring conditions: something that we and others have long argued for, as it would have a huge effect for people struggling with alcohol harms and mental health issues.

Finally, the DUP manifesto is a mix of very specific measures and over-arching statements: there is a page at the beginning setting out what the confidence and supply agreement with Theresa May’s government yielded, including mental health measures, and NHS and mental health are part of a 12 point plan ‘to get Northern Ireland moving again’. A previous policy paper on mental health includes ‘step-down provision for alcohol-related brain damage’.

Alliance Party don’t make a clear mention of alcohol policy in their manifesto – though they have elsewhere included alcohol harms as part of their agenda on preventing ill-health. Sinn Fein don’t mention alcohol policy either. At the time of writing, the SDLP’s manifesto is not on line.

A mixed picture then, the implications of which will only begin to become known on the morning of 13 December. For campaigners, getting your favoured policy into the manifesto is only part of the battle: there’s no guarantee that the Government will have the time or ability to implement its plans – after all, that’s why we’re having this election in the first place. Not being included doesn’t necessarily mean that the party – or an incoming minister – won’t be prepared to pick up proposals. Politics never stops. Which is good news for the political geeks, I guess.