The Public Health Responsibility Deal and the challenge to effective alcohol policyonepiecejigsaw2020-12-15T14:40:42+00:00 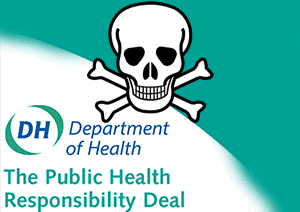 The 2010-2015 coalition government’s Public Health Responsibility Deal (PHRD) brought together government, industry and public health actors in a series of co-regulatory policy networks. These aimed to deliver different aspects of public health policy through a series of industry ‘pledges’ to change their products and practices in ways supportive of public health. The PHRD included the Responsibility Deal Alcohol Network (RDAN) in which alcohol producers agreed to a series of targeted measures, for example product reformulation (to reduce the overall content of alcohol in the market) and improved and expanded product labelling. Given the central place it afforded to industry actors in the design and implementation of public policy, the PHRD was the subject of significant public controversy. A previous evaluation of its effectiveness concluded that industry actors had not fully met the commitments they had made within the PHRD and that it had had little effect on health indicators.

Our article, published recently in the journal BMC Public Health, focuses specifically on the RDAN and the effect it had on shaping alcohol policy debates at Westminster under the coalition government. Like the PHRD more generally, the RDAN proved highly controversial and some public health actors declined to participate. Those who did eventually withdrew from the RDAN following the decision by the UK to roll back on commitments to introduce Minimum Unit Pricing (MUP) for alcohol in England in 2013.

The role MUP played in the demise of the PHRD is indicative of fundamental interconnectedness of this initiative to wider alcohol policy debates. Whilst the RDAN is rightly criticised for failing in its own terms – to bind industry actions and deliver health improvements – its importance for alcohol policy, and its greatest value to the alcohol industry, lies arguably in the wider structuring effect it had on alcohol policy debates in England. We argue that the RDAN shaped the alcohol policy space and structured the engagement of policy makers with both public health actors and the industry in ways which were advantageous to the latter. These structuring effects were evident in several specific ways.

The introduction of the PHRD in March 2011 predated by a year the publication of the government’s alcohol strategy, which included a commitment to introduce MUP in England alongside a range of more industry favourable policy measures. The temporal sequencing of these alcohol policy developments meant that the alcohol strategy was developed in a policy context which was already being shaped by the PHRD. It provided the context in which other policy debates occurred and an already institutionalised alternative to other policy proposals such as MUP.

By definition, co-regulatory regimes such as the PHRD restrict policy to those measures which can legally be delivered through collaborative rather than legislative measures. This skewed the policy agenda away from measures with a strong supporting evidence base, such as pricing policy, to those less likely to be effective. In addition, the range of policy options available for discussion within the context of the RDAN was circumscribed from the very outset, which reflected the privileged position of the alcohol industry in the policy’s development and implementation. Those measures that were open for consideration were taken up by the industry only to the extent they did not undermine their commercial interests across the industry, leading to the adoption of ‘lowest common denominator’ approaches.

The decision to pursue the PHRD in advance of the government alcohol strategy made it the key political priority for civil servants in the DH and the Home Office, the main government departments tasked with delivering alcohol policy. Other policy initiatives were marginalised in this context. MUP, for instance, came onto the Westminster policy agenda, and into the alcohol strategy, via the initiatives within the Cabinet Office, with DH and Home Office unaware of its planned inclusion until the very final stages of the process. This reflects the alternative (RDAN-focussed) policy agendas established within these key ministries and the lack of political ownership evident for the most effective policy proposal emerging in UK alcohol policy in this period.

The PHRD created an institutionalised mechanism through which industry actors could make demands on key parts of the machinery of government. This represented an additional call on the time and energy of civil servants and was an effective way to shape their thinking on policy issues. As well as the policy diverting effects of the PHRD, it had considerable value to the industry in terms of their public relations and corporate social responsibility (CSR) agendas. Cultivating a positive image of themselves as responsible actors who contribute to society is a key component of alcohol companies’ efforts to avoid regulation.

Unlike industry actors, the RDAN had the effect of limiting, rather than facilitating, public health actors’ access to government. The RDAN became the default mechanism for engagement with government on health issues. Other channels of engagement which may have existed previously were rerouted through the RDAN. Furthermore, non-participation in a flagship government policy was seen as a hostile act by ministers and made dialogue with them even harder. This created serious dilemmas for public health actors around whether to participate in the RDAN, leading to divisions between different health bodies.

The PHRD structured wider policy debates in this period and the forms of engagement between government, the industry and public health actors. It involved a hitherto unparalleled institutionalisation of industry involvement in alcohol policy making. As a consequence, it fostered divisions within the public health community about how to respond to a hostile policy environment and whether to participate in the PHRD. In declining to participate in, or withdrawing from, the government’s key public health policy initiative, health actors’ input into policy-making and access to key decision makers was diminished at precisely the same time that industry influence was secured. For the alcohol industry, therefore, this was a double victory.

While the article focuses specifically on alcohol policy in England, its findings are of relevance to other areas of the PHRD including food and nutrition policy. Moreover, it offers insights for the development of alcohol policy in other contexts where self-regulatory regimes are promoted. Researchers and policy advocates should focus not just on the lack of evidence of the effectiveness for self-regulation, but the wider political consequences of their introduction, evaluating their effects, and advocating for more evidence informed policy with policy-makers.