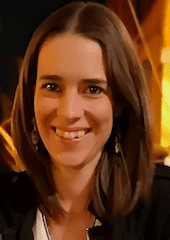 In December 2016 we were notified of the terrible news that Ed Farmer, a first year Newcastle student had sadly died during what we now know to be a society initiation event. Despite initiations being prohibited by the university, Ed joined a society social in which he consumed excessive amounts of alcohol over a short period of time, this in combination with a lack of knowledge by his peers about the dangers of drinking excessive amounts of alcohol ultimately led to the tragic outcome.

On 23rd September 2019, Universities UK launched Initiations at UK Universities, a briefing looking at the features of problem initiations and recommendations for the future as well as highlighting areas of good practice. This was following a national roundtable held on 26th June 2019 to which NUS were a participant.

At these discussions NUS promoted the student interest and also shared good practice from our Alcohol Impact Programme. Alcohol Impact is whole-institution programme established by NUS in 2014 to challenge cultures on campuses which normalise excessive drinking and can sometimes become exclusive to students that don’t wish to take part. It’s about practical things like providing safer transport links, creating alcohol-free social spaces, reducing anti-social behaviour and developing community cohesion with local residents. More generally, NUS has been working with its member students’ unions to reduce the harm from initiations for well over a decade.

We agree with the report that although universities cannot control students’ behaviours, there are actions a university/students’ union can take to support students to make safer decisions and to set expectations for standards of conduct within the student community.

We have seen a number of positive steps taken by partnerships such as:

This is just a small example of the many positive activities to moderate initiation ceremonies, however, there is more that needs doing to prevent another tragedy. As a result we continue to encourage student unions and universities to focus on reversing the social norm of irresponsible drinking and encourage partnerships to commit to this by engaging with the Alcohol Impact accreditation.

Further information about the Alcohol Impact programme can be found here and sign-ups can be completed through our Students Organising Sustainability (SOS) website.