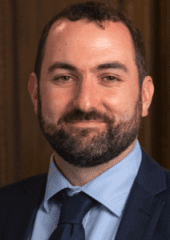 Producing and selling alcohol remains very good business in the UK, contributing around 2.5% of total UK GDP in 2014, around £46 billion. However, it also remains a business associated with a wide range of acute and chronic physical and mental health burdens for consumers, and for those around them. Perhaps cognizant of this, the alcohol industry has repeatedly claimed for many years that it aims to promote ‘responsible drinking’ and combat harmful drinking. However, there is a disparity between these stated aims and the figures, as the bulk of alcohol sales come from those drinking at harmful and hazardous levels.

An extension of this disparity plays out in how the industry has responded to policy debates on alcohol advertising, stating repeatedly that the goals of alcohol industry advertising are focused on brand competition, not increasing consumption, targeting non-drinkers or heavier drinkers. Whatever the claimed impact, this advertising does not come cheap. In terms of expenditure, it is orders of magnitude greater than voluntary contributions to industry-funded education charities like Drinkaware (annual income around £6 million), with total spend for all alcohol advertising in the UK in the region of £800 million. By way of comparison, the World Health Organisation has a total biennial budget of around £3.4 billion.

Advertising therefore represents a large amount of spend for an industry that makes a significant proportion of its sales to those drinking at harmful or hazardous levels. Understanding the aims, mechanisms, goals and target groups of alcohol advertising campaigns are vital in determining if these campaigns may be contributing to harmful population health effects. However, finding this type of information is difficult, because this type of commercial activity is often not in the public domain, a point acknowledged by PHE in their rapid evidence review.

We recently identified a new source of data to address this gap in the evidence. It is a series of evaluative advertising industry case studies, published by the Institute of Practitioners in Advertising in 23 volumes from 1981-2016. These are particularly interesting because they represent relatively unrestricted descriptions of the goals, nature, and outcomes of advertising campaigns for a variety of well-known alcohol brands. Through an analysis of these case studies, we sought to assess industry claims regarding advertising. The results make for sobering reading (see Table 1).

Table 1. Five common alcohol industry claims and example quotes about the effects of advertising on consumption, along with top-level findings from our analysis of advertising case studies

Perhaps most strikingly, the targeting of heavy drinkers by adverts and the reliance on them for sales is not just obvious, it is explicitly discussed, particularly for whiskey. For example, in the context of the Famous Grouse, the author notes: ‘As is the case in many post-mature markets, whisky brands are very reliant on a small number of heavy, and increasingly ageing, consumers, to provide the majority of volume. The Famous Grouse was no exception. Our first advertising task was to protect and build this core drinker base by persuading existing consumers and drinkers of competitive blends to choose The Famous Grouse more often. In the longer term we had to attract more younger drinkers – the heavy-using loyalists of tomorrow…’ (Famous Grouse, 2006)

In the case of the Scottish Leader whisky campaign (2003) also had a target market of heavy drinkers:

‘Blended whisky suffers from an ageing customer profile. Figure 1 shows that 62% of heavy users are aged 55+ and 39% over retirement age. Parts of the market are literally dying off, whisky tumbler in hand….

‘…As with many other markets, the Pareto principle applies: 20% of drinkers account for 80% of sales. So, rather than struggle to make whisky appeal to younger consumers like the premium brands, we chose to focus on the core audience of heavy users. We knew that they were older. We knew they were primarily male. We knew that unlike malt users they tended to be down-market’ (Scottish Leader Whisky, 2003)

It is hard to read these quotes and be left with any doubt that advertising campaigns have engaged in targeting of older, heavy drinkers to drive sales. Other case studies we report show similar targeting of young heavy drinkers. The case studies also offer examples of the wide-ranging effects that alcohol advertising can have on individual preferences and behaviours, brand perception, growth of new markets, and social norms.

As uncomfortable as this realization might be, it is entirely in keeping with the broader evidence and the incentive structures in place. There is an unquestionable logic in this targeting from a business perspective, when key performance indicators are focused on increasing sales (as one would expect and as the case studies repeatedly demonstrate). Previous research has demonstrated that there is a clear conflict of interest between maintaining and growing industry revenue and reducing harmful drinking in the UK and many other countries. Our findings, based on industry data, show that advertising has been used as a powerful tool to further these interests.

So where do we go from here? Future evaluations and systematic reviews of the effects of alcohol advertising should take into account this new source of advertising goals, mechanisms and effects. That in turn should inform our conversations about what regulation in this area should aim to do, and how to ensure it meets those aims. For anyone with an interest in public health, or in creating a more responsible alcohol industry, it is time to leave claims of the innocuous goals of alcohol advertising aside and instead treat it with the regulatory attention it requires.

Written by Nason Maani Hessari (Twitter: @spidermaani), a public health researcher interested in the commercial and structural determinants of health. He is currently a Harkness Fellow at Boston University School of Public Health, and a Visiting Fellow at the London School of Hygiene and Tropical Medicine. With thanks to Dean Sandro Galea and Professor Mark Petticrew for their input.