Young risky drinkers: overrepresented as victims and perpetrators of alcohol’s harms to othersonepiecejigsaw2020-10-14T16:28:58+01:00 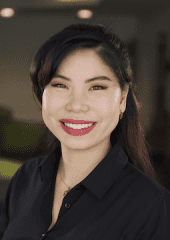 Adverse outcomes from drinking are borne not only by individual drinkers, but by their families, friends, and the broader community. Alcohol-related harms are pervasive – they include everyday problems such having to clean up vomit on the streets, or having to pick up the slack of a work colleague who is hung over. In Australia, alcohol is implicated in 40-70% of physical assaults, the diminished productivity of 3-7 million lost workdays per year, and the amenity costs associated with vandalism and clean-up. The discussion around these alcohol’s harms to others (AHTO) have become increasingly prioritised in international and Australian alcohol policy discussions in recent years.

Being younger and a being a heavier drinker are both risk factors for victimisation from, as well as the perpetration, of AHTO. Our study is the largest sampling of young Australian risky drinkers, who are underrepresented in general population surveys but are overrepresented among those experiencing alcohol-related harms (including AHTO). Our 3,500 participants were 14–19-year-olds and were all regularly drinking risky quantities, with 75% of them consuming ≥9 Australian Standard Drinks (≥90g of alcohol/>11 UK units) in a single session, at least monthly.

Our recently published open-access paper focused on these risky drinking adolescents and their experience of 13 AHTO in the past 12 months. Most of these AHTO are not assessed in general population alcohol and other drug surveys, and AHTO research from the perspective of adolescents is scant.

The risky drinkers experienced AHTO at a rate two to three times higher than adolescents of the same age in a general population survey: 36% reported they were criticised or verbally abused by a drinker, 28% experienced fear due to a drinker, and 15% reported a drinker physically hurt them.

Commonly reported harms not usually assessed in general population surveys or police and emergency medical datasets included: having clothes or other belongings ruined by a drinker (47%), being harassed or bothered by a drinker at a party or other private setting (38%), and witnessing a drinker engage in serious violence (34%).

Consistent with the adult literature that women experience more AHTO and men are more likely to perpetrate AHTO, our young female risky drinkers experienced a greater range of harms. 71% experienced unwanted sexual attention from a drinker, 42% were harassed in a public place by a drinker, and 31% were left alone in an unsafe situation by a drinker (31%). Our young male drinkers were at greater risk of aggressive harms such as being pushed or shoved (42%), being yelled at or verbally abused (38%), and being physically hurt (17%).

Also consistent with the adult literature, more tangible harms were more commonly attributed to people known to the victim, and fear-based AHTO were more commonly attributed to strangers. For example, of the 14% who reported being physically hurt by a drinker in the past 12 months, 57% attributed this harm to someone they knew, 35% to a stranger, and 8% to both (for example due to there being multiple assault incidents in the past 12 months or there being multiple perpetrators in a single incident).

Most AHTO research on children’s experience of AHTO comes from the parents’ perspective. However, asking parents whether the drinking of someone in their household had affected their child is fraught with social desirability bias. In an earlier wave of this study we asked more specifically who the known perpetrator was in relation to the victim. Of the 600 14–19-year-olds in this earlier wave, 41% reported a drinker yelled at, criticised or verbally abused them in the past 12 months, and most of the perpetrators were known (53% friends, 16% current/ex romantic partners, 16% parents, 3% other relatives, 17% other known persons, 34% strangers). So in this instance, almost one in five known perpetrators of AHTO were family members.

We recruited a sample of young risky drinkers who were not representative of general population adolescents. Nevertheless, this work highlights the breadth and ubiquity of the human costs of AHTO. These harms are not just an inconvenience, but can have serious downstream effects. Controlling for a teenager’s own drinking, experiencing AHTO is predictive of broader negative outcomes such as depression and impaired school performance. Young people may believe their that if they drink too much and hurt themselves it is their own choice. However, evidence that lives other than theirs are affected may give them pause for thought.