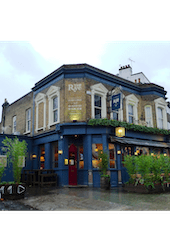 Recent ONS figures (released 16 January) show the number of pubs and bars increased in 2019 for the first time in a decade, raising questions over whether a long term downward trend since the 1980s could be coming to an end.

The rise of 315 (0.8%) pubs and bars last year to a total of 39,130 is attributed mainly to the growth in food sales. The figures show more people are now employed in food roles than those working behind the bar and changes in people spending more on eating out and less on drinking out, though multiple factors are linked to changes in pub numbers.

Pubs have been diversifying or arguably facing demise for a number of years, particularly in the context of declines in youth drinking and financial pressures on both consumers and operators. As such, providing food, hot drinks and alcohol-free alternatives or other activities have been noted, whilst the growth in micropubs also been suggested as a contributor.

However, the longer term shift in the nation’s consumption from on to off-trade purchasing over a number of decades has no doubt been a key driver.

Ultimately, pubs are likely to remain an area of interest for the alcohol field, particularly in the context of policy changes such as minimum pricing in Scotland, duty policy as Brexit unravels, and future consumer trends for eating and drinking.