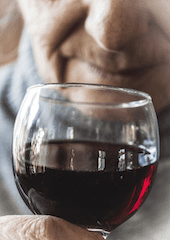 The challenges in having conversations about alcohol use are at the root of our research trying to find ways to discuss alcohol within routine medication optimisation services. When we interviewed people about what they thought of the idea of talking about alcohol with a pharmacist, we found that in their answers, whatever the level they were drinking at, people all tended to play down the amount and frame it as unremarkable or ‘normal’. This is perhaps unsurprising given that on the one hand drinking alcohol is associated with celebration, socialising and relaxation, but on the other it is linked to risk, health issues and extreme behaviours – meaning that alcohol consumption becomes something to be managed and accounted for, especially in enquiries from health professionals or health researchers.

Drinking prevalence among adults in England has fallen over the last ten years, especially among young people. Although problematic alcohol use is often connected to younger drinkers (eg ‘binge drinking’) it is those aged 55–64 years of age who are most likely to be drinking at hazardous levels. Our interviewees were aged 41–89 and all took medications for long term conditions. All our interviewees sought to minimise the amount they consumed – regardless of how much they said they actually drank each week. For example, using phrases such as ‘a few glasses’, ‘one or two drinks’, ‘just a small glass’ to downgrade the quantity used. As well as quantity, many downplayed the frequency of drinking, with phrases like ‘the occasional glass’, ‘once or twice a week’, ‘a couple of times’ being used. Drinking was further minimised through the use of hypothetical phrases, such as ‘I might have… [a glass]’ and ‘it could be…[a couple of glasses]’, with terms such as ‘maybe’ and ‘possibly’ also used. Overall, the actual amount consumed was rarely specified, a ‘strategic vagueness’ served to avoid scrutiny or judgement from others.

As well as amount and frequency, our drinkers were keen to establish which drinks they chose to consume (or reject), for example avoiding spirits because of their high alcohol content [‘knocks you sideways’] or a preference for lower strength beers [‘only four percent’]. Some emphasised how long a bottle of wine or spirts would last [‘a bottle of Bacardi … been there a year and it’s probably half empty’], indicating self-discipline and responsible drinking. This theme of responsibility was also related to everyday roles and obligations, where interviewees pointed to restraint within family, work and sport contexts e.g. needing to drive at night for family or work-related activities. In general, our drinkers categorised themselves as modest drinkers who avoided excess, with phrases like ‘I can take it or leave it’ or ‘I’m keeping it within a reasonable limit’.

In describing their drinking habits, our interviewees often made comparisons to other drinkers perceived to be drinking problematically. For example, one man contrasted his own heavy drinking with his daughter’s excessive vodka consumption before adding ‘She’s terrible. I couldn’t do that.’ Some referred to generic others, variously called ‘lager louts’, ‘raving alcoholic[s]’, or those who ‘binge drink’. In doing so a clear distinction was made between (their) light, innocent drinking and (others’) extreme, pathological drinking. Sometimes people made comparisons between their own drinking levels now and in the past, highlighting how they had reduced their consumption over time e.g. ‘it used to be [out of control] all the time it’s rarely now’.

Another key way their drinking was presented as unproblematic was through connecting it to everyday routines, habits and shared practices, such as having dinner, watching television or reading. As such it is unremarkable, part of the fabric of daily life, domesticity and social interaction, often marking the end of (working) day – ‘The relaxation…it’s like a full stop at the end of a sentence’. The social aspect of drinking was widely emphasised, with references to ‘having a laugh’ and activities involving interaction (eg bowling). By contrast, drinking alone at home was generally frowned upon.

Today’s citizens are required to be self-monitoring and responsible for their health and lifestyle practices. There is a stigma around being perceived as drinking too much, seeming out of control or unable to function day-to-day. We have identified a number of ways in which the way older drinkers talk about their drinking practices serves to minimise consumption and present the drinker as moderate and responsible. To be a good citizen is to be in control, ie enjoying alcohol in moderation and not causing problems for self, others or society in general. The emphasis on self-control and moderation was common across all interviews and suggested a concern with being judged as having a drinking problem. This is important for our research because alcohol is linked to poor health in various and complex ways and presents some risk to all those who use it. However, the stereotyping and stigmatisation of alcohol-related problems distances people from a discussion of harms from alcohol to their personal health. We have written elsewhere about how most interviewees did not see susceptibility to harmful drinking in themselves and seemed largely unaware of the direct risks of alcohol to their own long-term health.

Written by Professor Brendan Gough, a social psychologist and qualitative researcher at Leeds Beckett University working mainly in the field of masculinity and men’s health, and Dr Mary Madden, a medical sociologist and Senior Qualitative Research Fellow on the CHAMP-1 research programme in the Mental Health and Addictions Group in the Department of Health Sciences at the University of York.

Professor Brendan Gough’s current projects include male mental health,male infertility and male body image issues. His latest book is Contemporary Masculinities: Embodiment, Emotion and Wellbeing (Palgrave, 2018). In 2016 he was awarded a Fellowship of the Academy of Social Sciences.