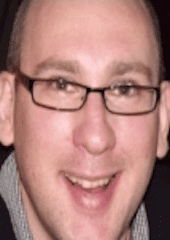 In a move which surprised the alcohol policy field, the 2012 UK coalition Government’s Alcohol Strategy (GAS) included a commitment to introduce minimum unit pricing (MUP) for alcohol in England, following the adoption of similar measures by the Scottish Yet by July 2013, the Government announced to Parliament that it was placing the introduction of MUP on hold indefinitely. A recent article published in the journal Policy and Politics draws on interviews with key policy actors to explain how and why MUP came so unexpectedly onto the policy agenda in England, before disappearing again so quickly. It argues that a unique set of circumstances, including collaboration between policy actors in Scotland and England, led to a ‘policy window’ opening up in which MUP was adopted, but this proved short lived. A lack of political commitment at the highest levels of government, and a reactive policy influencing campaign by alcohol industry actors, led this window of opportunity to close just 16 months later.

The adoption of MUP in London occurred in the context of earlier policy developments in Edinburgh. MUP passed into law in Scotland at the second attempt in 2012 and came into force in 2018 following a six-year legal battle with the Scotch Whisky Association. The development of the Scottish policy was, however, facilitated by policy actors south of the border, including the Department of Health, which commissioned the University of Sheffield’s economic modelling on the effects of alcohol price increases. As such, the development of MUP as a viable policy option should be seen as a UK-wide process, while it took the intervention of policy entrepreneurs in Scotland to bring forward concrete legislative proposals and to demonstrate the political will to enact these. The example of Scotland increased pressure on the Westminster government to follow suit. However, even shortly before the GAS was launched, MUP in England appeared to civil servants and policy advocates to be unlikely prospect.

It was consistently reported by interviewees that it was the personal decision of Prime Minister David Cameron to include MUP in the alcohol strategy. Moreover, it was a decision taken at short notice and without the necessary preparatory work inside or outside government. This meant that policy makers and the wider policy community were unprepared for its announcement. Health NGOs and alcohol policy advocates who would be expected to support the policy and defend it publicly had not had the opportunity develop coherent media and influencing strategies. This was crucial in a context in which the public still needed to be convinced about the merits of the policy, and strong industry opposition could be expected.

Moreover, there was a lack of buy-in amongst key cabinet ministers, including  Health Secretary Andrew Lansley and Home Secretary Theresa May, whose departments were largely responsible for alcohol policy. The publication of the GAS followed the introduction of one of Lansley’s flagship policies, The Public Health Responsibility Deal (PHRD) in March 2011, which represented a fundamentally different approach to alcohol policy, centring on co- and self-regulatory regimes through partnerships with the alcohol industry. Lansley’s opposition to MUP led to the Home Office assuming increased responsibility for the Strategy, but May, and her senior advisers, proved no more of a champion for MUP than her cabinet colleague. Without high level political support, MUP remained vulnerable to policy drift. There was a lack of clarity about its primary purpose and the increasing role of the Home Office led to an emphasis on public order issues which MUP was less likely to affect than long terms health harms. In this political vacuum it was possible for the alcohol industry to mount a significant rearguard action by to stymie the introduction of MUP.

Industry actors used a public consultation on the implementation of a proposed 45p level of MUP to challenge the introduction of MUP. Industry submissions went far beyond the remit of the consultation – on the level of the MUP – to question the entire rationale behind the policy as part of a wider strategy to oppose its introduction. During the consultation period, there was the apparent shift within government towards the introduction of a ban on below cost selling of alcohol as an alternative to MUP, despite evidence that that this would be less effective than MUP. This represented a subtle redefinition of the government’s policy away from evidence based measures towards those viewed as less problematic by the industry.

This policy drift is indicative also of the general trend in government policy in this period, captured by his strategist, Lynton Crosby’s, call to ‘get the barnacles off the boat.’ It was, however, left to the Liberal Democrat Home Office Minister Jeremy Browne to confirm to Parliament that the government would not bring forward plans to implement MUP. The announcement cited the need for greater supporting evidence of its effectiveness and the need to protect the interests of moderate drinkers, while calling on the alcohol industry actors to fill the policy void through self-regulatory measures, such as through RDAN.

The case of MUP in England demonstrates the capacity for policy transfer from one policy context to another. In part, this explains why industry actors demonstrated such determination to oppose MUP in Scotland: they feared that once enacted there, it would create a normative force behind its adoption elsewhere. MUP in England demonstrates the importance of high-level political sponsorship of policy initiatives, but also its limitations. The personal intervention of David Cameron brought the policy into the strategy but the failure to gain political buy-in across cabinet, especially amongst the main alcohol related departments, led to policy drift and an absence of the political commitment needed to enact the policy in the face of significant industry opposition. Policy windows often open unexpectedly, sometimes as the result of individual fiat. That they can also close equally quickly shows the importance of decisive political action to push measures over the line when the opportunity to act presents itself.

Written by Dr Benjamin Hawkins of the London School of Hygiene and Tropical Medicine.