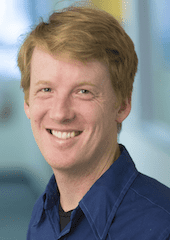 The demand for alcohol, like almost every product, is affected by its price. Systematic reviews provide compelling evidence that price matters, but there remains uncertainty about how best to respond from a policy perspective. Historically, governments have relied on excise taxes, both to raise revenue and to reduce some of the harms related to alcohol consumption.

However, with increasing evidence that heavier drinkers tend to drink cheaper alcohol there has been growing attention to the implementation of a minimum unit price (MUP). The UK has been ground-zero for the MUP, with an aborted attempt to implement it in England, a drawn-out (and ultimately successful) battle to implement it in Scotland and eventually Wales.

Understanding the different ways in which price effects drinking for different types of people is key to understanding the likely impacts of MUP. In the UK, the highly regarded Sheffield Alcohol Policy Model explicitly models policy impacts across detailed population sub-groups based on drinking level and income. The evidence generated by this model, along with Canadian evidence of minimum unit price impacts, has been influential in setting the UK policy agenda.

Given the vast cross-national differences in pricing policies, consumption patterns and harm rates, similar work is needed outside of the UK. In Australia, an MUP of $1.30 has recently been implemented in the Northern Territory, but there is little Australian evidence as to its likely impact. Our research group, led by Dr Jason Jiang, has recently published some early empirical findings from a modelling study using Australian data that attempts to similarly assess the impact of alcohol pricing policies on consumption considering the different purchasing and drinking patterns across the population.

This research builds on detailed survey data on purchasing and drinking practices collected as part of the International Alcohol Control Study in 2013. Price elasticities were estimated for age, income and drinking-level based sub-groups for eleven different beverage categories (including separate on- and off-premise estimates). This level of specificity allowed us to estimate the consumption effects of a range of different pricing policies, including changes to excise rates and MUPs set at various levels.

In general, we found that all the pricing policy options modelled reduced alcohol consumption, with proportionally larger impacts on heavier drinkers. For example, a simple 10% increase to existing excise rates for off-premise alcohol was estimated to reduce drinking by around 1% overall, with reductions of 2% for harmful drinkers and less than 1% for moderate drinkers.

These differential effects were much starker when MUP policies were modelled. For example, with a minimum unit price of $1.30AUD (approximately 70p), the model estimated reductions of 14% for harmful drinkers compared with just 3% for moderate drinkers. These kinds of effects are intuitively attractive for policymakers, with an MUP estimated to have very little impact on the majority of the population while influencing consumption in groups most likely to experience harm.  Of course, MUP also has substantially different impacts by socio-economic status. In our model, low income households reduce their consumption by roughly three times as much as high income households. This raises concerns about the regressive impacts of MUP, while at the same time suggesting it has a potentially significant role in reducing health inequalities. These findings are broadly consistent with the Sheffield results, which is encouraging.

However simulation models only go so far – they are reliant on survey data, with all its inherent weaknesses, rest on a range of hard-to-test assumptions and are ─ at best ─ rough approximations of reality. All eyes are on Scotland to see how evaluations of the 2018 policy relate to earlier modelled estimates. There are at least some signs that population consumption has been affected, but the broader impacts remain unclear. In future work, we aim to expand our model to incorporate health and social impacts and to cross-validate our model outputs with the results of evaluations in the Northern Territory. Alcohol pricing remains a hugely contentious area of public policy and improving the evidence base is crucial to ensuring good policy in future.