Alcohol control policies and alcohol-related traffic harm in Lithuania: a short summary of a success storyonepiecejigsaw2020-10-14T16:30:11+01:00 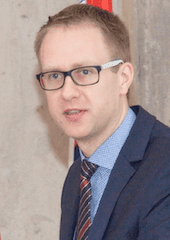 Lithuania joined the European Union (EU) on May 1st 2004 and has experienced significant economic growth since then. Despite some setbacks since then (notably, the economic crisis of 2008-2010), Lithuania maintains a rapid growth rate, is a high-income country and has made significant progress in many social and economic areas. One such success story is Lithuania’s use of alcohol control policies to reduce alcohol-related harm, and particularly to improve traffic safety. In 2004, Lithuania had one of the highest tolls of traffic-related death rates in the EU, but since then has demonstrated one of the most significant improvements in the area of traffic safety. According to Eurostat, in 2004 there were 22.3 traffic deaths per 100,000 in Lithuania. By 2017, this had dropped to 6.8 (the EU averages were 9.7 and 4.9 respectively). Such an improvement may be the result of significant investment in road infrastructure and safety, social campaigns and preventive work by the government and various institutions.

For many years, Lithuania was also among the top alcohol consumers in Europe, leading to significant levels of alcohol-related harms (according to World Health Organization data). Lithuania has responded to the challenge by implementing a number of alcohol control policies for over a decade, some of which were also targeted at drink-driving. Such a strong policy response may be referred to as a natural experiment.

Jürgen Rehm and colleagues have assessed the impact of these alcohol control policies on reducing alcohol-related collisions, crashes, traffic injuries and deaths in Lithuania in an article “Alcohol control policy and changes in alcohol-related traffic harm”, published on Addiction in August 2019. An interrupted time–series analysis of routine monthly statistics from the Lithuanian Road Police Service was performed, covering a period from January 2004 to February 2019. In total 11 time points were identified when 19 different categories of alcohol control policies were implemented:

Between 2004 and 2018, the annual number of collisions/crashes and the annual number of traffic injuries decreased by more than half and the number of all-cause traffic fatalities decreased by 82% (from 508 to 93). At the same time alcohol-related traffic collisions and crashes declined by 75% (from 753 to 191, alcohol-related traffic injuries declined by 77% (from 1091 to 252) and alcohol-related traffic deaths by 85% (from 84 to 13). According to the results of time-series analysis (adjusting for secular changes, economic factors, seasonality) each implemented alcohol control policy has reduced the proportion of alcohol-attributable crashes, injuries and deaths by 0.55%, 0.60%, and 0.13% respectively.

When analysing the impact during the specific periods of alcohol control policy implementation (2004-2010, 2010-2014, 2014-2018), the most significant impact was observed during the latest period when alcohol sales in petrol stations were banned, excise taxation was doubled for beer and wine, and multiple availability as well as marketing restrictions came into action. The authors concluded that the overall alcohol control policies aiming to reduce population-wide alcohol consumption were related with the reduction of alcohol-related traffic crashes, injuries, and deaths.

The article has also received a scientific comment by Jasilionis (2019) and a response by the authors Štelemėkas et al. (2020) debating the challenges and further research of alcohol-related harms. The current study is one of the first studies planned to evaluate the effects of the natural experiment in Lithuania.

Written by Mindaugas Štelemėkas, associate professor and researcher at the Lithuanian University of Health Sciences.