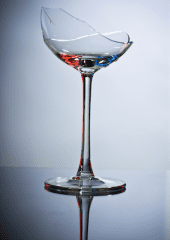 On 18 February, IAS hosted the Mind The Gap seminar where Lucy Bryant, Aveek Bhattacharya and myself presented our different pieces of work on alcohol and inequality, as part of the launch for Aveek’s Who pays the tab report on alcohol taxes.

Most previous research has been on a national level, so we wanted to explore whether these patterns would also be seen on a local level, since this could potentially be important for planning and decision-making done on a local authority level. We did this using the South East London Community Health study of around 1,000 adults living in two inner-city boroughs in South East London.

We took an intersectional approach to analysing the socio-economic profile of South East London, to take account of the fact that multiple aspects of advantage and disadvantage overlap at the same time. We did this using a statistical approach called latent class analysis, which identifies groups or clusters of individuals who shared similar characteristics – in our case measures of socio-economic status. This reproduced earlier work by some of my collaborators, identifying six distinct non-ordered groups.

We then looked at higher risk drinking across these six groups. Full details are available in the article, published last week in PLOS ONE.

We found three of our groups had three to four times increased odds of harmful and dependent drinking, which might represent missed opportunities for identifying higher risk drinking, either in healthcare or community settings. Accounting for presence of common mental disorder explained this relationship in one of these groups, but not in the others.

Looking at socio-economic status using these non-ordered groups presents a more realistic picture than looking at measures of socio-economic status independently, as well as being intuitive to understand. These findings from a local level also suggest the alcohol harm paradox is not something that can be simply explained by regional differences.

The groups at highest risk had seemingly little in common, which suggest there are diverse reasons driving higher risk drinking. Taken together, this highlights a nuanced understanding of alcohol use and problems is needed in order to be able to tackle the inequalities in alcohol harms.