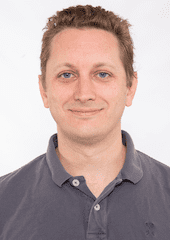 Alcohol is a leading cause of harm among young people worldwide, yet there is a common belief among parents that giving alcohol to their adolescent children teaches responsible drinking and reduces the risk of alcohol misuse later in life. This common view is reflected in alcohol supply laws in Australia where it is illegal to sell alcohol to minors, but not illegal for parents to supply their children. However, far from parental supply protecting children from future harm, it appears quite the opposite is true.

Our research, recently published in the journal Addiction, followed adolescents from early adolescence into early adulthood, with seven yearly surveys on their alcohol use and a range of other related factors, such as who supplied them with alcohol and their peers’ use of alcohol. The research showed the following:

In addition, earlier initiation of parental supply increased risk of binge drinking and experiencing any alcohol-related harms, with the risk increasing around 10% for each year earlier that parental supply began. This mirrors other research which has shown that earlier initiation of alcohol use is associated with greater consumption of alcohol in late adolescence, as well as higher rates of binge drinking.

Increasingly, evidence suggests that parental supply of alcohol should be avoided in adolescence

There is still uncertainty about whether these findings generalise to other settings, outside of Australia. According to the OECD Health at a Glance Report 2019, alcohol consumption in Australia is relatively high, with Australians consuming 9.2 litres of alcohol on average in 2017 (similar to the United Kingdom at 9.7 litres/person), above average for OECD countries. According to the National Drug Strategy Household Survey, around a quarter of Australians age 14+ drank at risky levels at least monthly. Thus, the effects of parental supply may be linked to relatively harmful patterns of alcohol consumption in the population, rather than inherent risks of parental supply per se.

In summary, adolescents whose parents supply them with alcohol appear to have an increased risk of alcohol‐related harm compared with adolescents whose parents do not supply them with alcohol. This risk appears to increase with earlier initiation of supply. Our findings support the recent Australian government recommendation that any alcohol consumption in adolescence should be avoided.