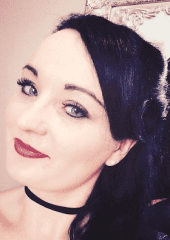 Back in February 2010, London’s (then) Deputy Mayor for Policing, Kit Malthouse, attended the eighth Oxford Policing Policy Forum. It was here that he learned of the South Dakota 24/7 Sobriety Project. The aim of this project is to reduce the recidivism of offenders who drive while under the influence of alcohol or who commit domestic violence when intoxicated. At its most basic level, the project involves mandating offenders to a period of enforced alcohol abstinence. Compliance is primarily, although not exclusively, monitored through twice-a-day breathalyser tests, which are undertaken at twelve-hour intervals at local Sheriffs’ offices. Offenders pay two dollars per day for their testing. If offenders test positive or choose not to present themselves for testing, they are subject to ‘flash incarceration’ for one or two days. The phrase ‘if you skip or fail you go to jail’ summarises this scenario rather neatly. Convinced that the South Dakota model could help to reduce the interpersonal violence that was occurring in the night-time economy and within homes in England’s capital, Malthouse went on to launch a political campaign to conduct the first trial of 24/7 Sobriety in Europe. He had the full support of the (then) Mayor of London, Boris Johnson.

Compulsory Sobriety in England and Wales

In the decade that has passed, much has occurred.

The Alcohol Abstinence Monitoring Requirement (AAMR) was introduced in sections 76 and 77 of the LASPO Act 2012. These sections permit specific courts in England and Wales to impose a punitive requirement that an offender abstain from alcohol for a fixed period (not exceeding 120 days) and be regularly tested to ensure compliance as part of a Community Order or Suspended Sentence Order where the consumption of alcohol is an element of the offence committed or a contributing factor in its commission. Dependent drinkers are ineligible for the Requirement, and an Alcohol Treatment Requirement cannot be made as part of the Order.

In summer 2014 the London Mayor’s Office for Policing and Crime (MOPAC) was granted ministerial permission to commence a proof-of-concept AAMR pilot in the South London Local Justice Area. A two-year pan London rollout of the AAMR was subsequently launched in April 2016. In addition, the practice of compulsory sobriety has diffused across England, with a third AAMR Pilot launched by the Police and Crime Commissioners for Lincolnshire, Humberside and North Yorkshire in summer 2017. All three of these AAMR pilots have utilised sobriety bracelets to monitor the drinking behaviour of offenders, and the compliance rate for each has exceeded ninety per cent. Moreover, an early evaluation of MOPAC’s proof-of-concept pilot found that reoffending rates were comparable to other community penalties.

Encouraged by these results, in early March 2020 a House of Commons Delegated Legislation Committee agreed to a statutory instrument that will permit the AAMR and sobriety bracelets to be available in all Crown and magistrates courts in England and Wales. It is anticipated that this rollout will begin later this year, and that it will be delivered on a region-by-region basis.

Compulsory sobriety as a criminal justice intervention, and sobriety bracelets as a technological innovation, have thus infiltrated the policy-making process and captured the imagination of political elites. Notably however, policy ambitions, debate, and research are not aligned in the United Kingdom (UK) at present. In taking steps to address this, I have established the UK Compulsory Sobriety Network. This network brings together policy-makers, practitioners, academics, voluntary sector representatives and technology manufacturers to explore and discuss the latest thinking and evidence within the sphere of enforced alcohol abstinence. Information regarding past Network events can be found here. I have also commenced a new study that seeks to draw lessons from jurisdictions in the United States concerning the benefits and hazards of mandating domestic violence perpetrators to a period of compulsory sobriety. The findings of this research will be published later this year.

At this point in time, the Ministry of Justice has pledged to commit nearly £70 million to strengthen community sentences in England and Wales, which will include the expansion of the AAMR and sobriety tagging. However, questions do remain unanswered about the potential reach of the AAMR and funding processes. For example, will all jurisdictions automatically receive funding to implement the AAMR? Or will Police and Crime Commissioners and Elected Mayors be tasked with bidding for government funding, with AAMR monies being directed towards those jurisdictions that are recording higher-rates of alcohol-related crime? Some uncertainty also surrounds whether the government will seek to introduce further legislation so as to align the delivery structure of the AAMR with the South Dakota 24/7 Sobriety Project. Indeed, Malthouse and Johnson’s initial plans to charge offenders for their alcohol testing and to ‘flash incarcerate’ those who breached their sobriety order were blocked by the Cameron-Clegg coalition. Now that they have moved from government ‘outsiders’ to ‘insiders’, closer imitation of the core components of the South Dakota model may not be out of their reach.

Dr Laura Bainbridge is a Lecturer in Criminal Justice at the University of Leeds. She specialises in policy transfer, violence reduction and compulsory sobriety. Laura is the founder of Policy Imitation Hub and the UK Compulsory Sobriety Network. Twitter: @DrLBainbridge