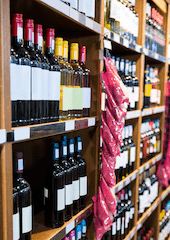 As we discussed in a previous blog, minimum unit pricing (MUP) for alcohol in Wales was ten or more years in the making. During that time, there was detailed mathematical modelling and in-depth studies of the experiences of other countries. We could say with some confidence how people were likely to respond to the measure once it was in place in Wales, but we couldn’t say for sure.

The hope and the expectation were that, in the long-term, it would reduce harmful drinking, and so reduce harm. The truth is that it’s far too early at the moment to say what MUP is doing for health in Wales. We may get some initial indications of changes in drinking patterns in the next National Survey for Wales. But alcohol-related illnesses can take years, even decades, to develop, and it’s going to be a while before we can start drawing firm conclusions. What we can say is that we have a fair idea what MUP is doing to the way alcohol is sold in Wales.

As expected, it’s had zero effect on pub prices. Publicans had already told us that, and that’s why so many of them have backed MUP in the past. Our own research in Cardiff pubs in 2017 found nothing on offer at less than 98p per unit, nearly double the minimum price. Where the impact has been felt is in the shops: the supermarkets and off-licences. I noticed it straight away when I was doing my weekly grocery shop, six days after the introduction of MUP. A popular off-brand cider in a well-known discount supermarket was on sale for £4.40, compared with £1.89 the week before. Why £4.40? Because the MUP in Wales (as in Scotland) is 50p per unit: per 10ml of pure alcohol. Each can of that cider contains 2.2 units (22ml of alcohol). There are four cans in the pack. That’s 8.8 units. Multiplied by 50p, that makes a minimum price of £4.40.

That’s just one price, which is hardly a scientific study. So, we decided to look at some other prices too. We examined the prices of 124 items, ranging from the very cheapest alcoholic drinks to some of the best-known brands. We compared our findings with a survey of the same drinks in the same shops we carried out in 2019. Here’s what we found.

It was no surprise that the biggest impact was on strong, cheap ciders. These are often sold in big bottles of up to 2.5 litres and are often favoured by the heaviest drinkers. Some of the cheapest 7.5% ABV ciders we recorded in 2019 were no longer on the shelves. We can’t say for certain, but it may be that that they are simply not saleable at 50p per unit, having previously been on offer for between 21p and 26p per unit. The 2 litre and 2.5 litre bottles of cider we did find had gone up in price between 39% and 151%, raising questions about how long they’ll be around too.

Encouragingly, in a couple of shops, we noticed a few more 500ml cans or bottles of 5% ABV cider alongside the bigger bottles. The aim of this may be to maintain affordability: the MUP price hike on a 500ml container will be the same in percentage terms as on a 2.5 litre bottle, but will be a lot less in terms of pounds and pence. Whatever the motivation, if the shift to smaller containers is a genuine trend, it may prove to be a helpful harm reduction tool, helping heavy drinkers to drink in smaller increments.

The other sector of the drinks market where there’s been a big shake-up is spirits. In a number of supermarkets, their ‘Basics’, ‘Savers’ and off-brand spirits ranges seemed to have gone altogether. The reason for this seems simple: several of the supermarkets’ standard own-brand spirits have had to increase slightly in price, from around 46-48p per unit to (mostly) exactly 50p per unit. These better-quality drinks are now the cheapest spirits supermarkets can sell, and so there isn’t really much of a gap in the spirits market for their value ranges, which would also have to be sold at 50p per unit or more.

Moving to the big brands, the biggest increases are again in the prices of some ciders, with a 2 litre bottle of one well-known brand going up 67% in one major retailer. Multibuy deals seem have become scarce across a range of drinks – beers, ciders and wines – although this may be due to the time of year. Our previous survey was done in the run-up to Christmas 2019, and it may be that supermarkets usually offer fewer multiple purchase discounts in March. We’ll be looking at prices again in December 2020 to see what’s really happening.

As we said, it’s too early to say what all this means, but there are some promising signs. The apparent removal of some of the cheapest spirits and some of the strongest and cheapest ciders is likely to be welcomed by those working with vulnerable drinkers, whose health is undermined by their access to large amounts of cheap alcohol. And as Mike Ward noted in an earlier blog, any reduction in container size is likely to benefit this group too. If supermarkets really are scaling back their multibuy offers, that may reduce bulk buying of bigger brands too, which could bring wider health benefits.

Alcohol Change UK will be continuing to monitor the situation in Wales, to see what the long-term trends really are.