Are there associations between drinking contexts and harms that are not explained by the level of alcohol consumption?Habib Kadiri2020-10-14T16:25:50+01:00 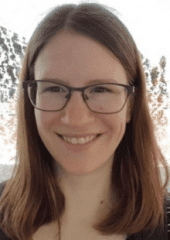 Abigail Stevely explains the findings of her research

The details of how we drink are important for public health, and this isn’t just about how much and how often we drink. Lots of research finds that people drink more alcohol in particular contexts, such as when they are drinking with friends, or at the weekend. Drinking contexts are therefore associated with increased harm due to their relationships with heavy drinking.

What does our study find?

Our study aimed to summarise the literature on direct and moderation effects of drinking contexts on acute or short-term harms (such as drink driving, assault and falls). It builds on my previous work describing the topics and methods of published research in this area, which found that papers tend to consider just one or two contextual features of drinking occasions, and primarily predict consumption outcomes.

In this new review, we found 95 papers that studied the effects of drinking context on short-term harms. Most of this research was carried out in the United States and often focused on students and young people. This is a common problem for research on drinking contexts, which limits our understanding of the topic because students in the United States do not drink in the same way as other groups around the world.

The literature covers a wide range of different harms and contextual characteristics – the table below, excerpted from the paper, summarises the findings. We found lots of evidence that contextual characteristics are directly associated with short term harms – weekend drinking, for instance, is associated with acute harm over and above the level of consumption – but very few studies considered moderation effects.

a For example playing drinking games, illicit drug use or drinking to celebrate. b Aggregate measures of acute harm draw together multiple types of acute harm to create a single measure. ✔ There is evidence of a significant association between a predictor in the contextual characteristic category and the acute alcohol-related harm outcome. ✖ There are paper/s studying association/s between a predictor in the contextual characteristics category and the acute alcohol-related harm but no significant findings. c Number of papers finding significant associations over the number of papers studying this association.

In the paper, we summarise the evidence on the associations between context and each type of harm. For example, the following contexts are associated with accidental injuries and hospital admission: drinking alone or in a group of more than two people, drinking in licensed premises such as pubs, pre-drinking, and drinking at the weekend or after midnight. Assault and aggression (such as being involved in a fight) are more likely when drinking in a larger group, going to two or more drinking locations, and drinking to celebrate, among other contexts.

What does this mean for public health research and policy?

Future studies on the effect of context should seek to measure acute harm as well as consumption outcomes. This would allow researchers to study direct effects. We found a particular lack of papers studying moderation effects – this may also be a promising area for future research.

Researchers should include participants from the general population and around the world. We should also consider drinking contexts that are missing from the current literature. For example, common drinking rituals like toasting or downing drinks may have important effects on alcohol consumption and harms. These types of behaviours could be indicative of socially distinct and harmful ways of drinking.

Inevitably, researchers are currently thinking about how their work relates to COVID-19, and alcohol researchers are particularly interested in the impact on drinking culture. This crisis will definitely change the way we drink in the short term, but nobody knows whether there will be long term effects. The relationships between contexts and harm may change as our norms and associations shift. Ultimately, this area of research involves study of human behaviour, which is currently subject to massive transformation.

Written by Abigail Stevely, PhD student at the University of Sheffield.