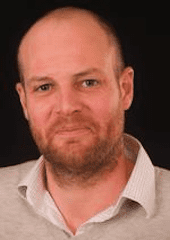 What did we investigate and why is it important?

The main way that local authorities in England can reduce the negative impact of alcohol in their area is through the licensing system. Licensing legislation requires that all decisions are informed by evidence relating to the immediate local area or the specific outlets involve. Yet most published or usable data are available only for larger areas and thus cannot inform specific decisions, such as whether to revoke licenses or reduce trading hours.

This study aimed to assess a methodology for evaluating licensing decisions at the small area level for three English case studies so that, if successful, it could be used as evidence in licensing hearings. It was led by the University of Bristol, and was a collaboration with partners in the NIHR School for Public Health Research* (Universities of Sheffield, Newcastle, Cambridge, and UCL), Public Health England, and the alcohol licensing and public health practitioners from Bristol, Medway and Leeds.

What did we do?

Three case studies from different regions in England were selected and developed together with local licensing officers, public health teams involved in local alcohol policy and academic colleagues. These were:

We were interested in the potential impact of these events on reported numbers of calls for service from police records, alcohol-related hospital admissions, and ambulance call-outs to the immediate area (range 1,000 – 15,000 residents). To evaluate the impact of the licensing decisions we used a novel statistical framework for each case study to create a counterfactual local area (a ‘doppelganger’) by combining the data from several other and comparable local areas from the same urban areas. These counterfactuals allowed us to compare ‘what would have happened had the event not happened’ to what really happened in the local area, and the difference between the two can be considered as the effect of the intervention.

What did the study find?

After running the statistical models, we found that the closure of the nightclub (case study 1) had resulted in a temporary, four-month, reduction in anti-social behaviour of about 60 incidents averted, but a return to ‘normal’ afterwards. Closure of the restaurant and nightclub (case study 2) did not result in any measurable changes in outcomes in the 12 months after closure. The new licensing guidance (case study 3) led to small reductions in drunk and disorderly behaviour (9 of a predicted 21 events averted), and the unplanned end of the LLG coincided with an increase in domestic violence of two incidents per month (an 11% increase).

This study was the first attempt to evaluate the effects of these kind of small-scale licensing interventions, at the levels of individual premises in two of the case studies. We can conclude from this work that (a) the impact of local alcohol policy, even at the level of individual premises, can be evaluated using this methodology, and importantly, (b) that local government actions such as closure or restriction of venues and licensing can have a positive impact on health and crime in the immediate surrounding area.

This approach can potentially bridge the gap between the predominantly data-oriented approach by public health teams and the need for contextualised evidence for presentation to councillors, and we hope in future to build a database of such individual evaluations.

Dr Frank de Vocht is a Reader in Epidemiology and Public Health, and joined the Centre for Public Health, which is part of Population Health Sciences at Bristol Medical School in 2014.