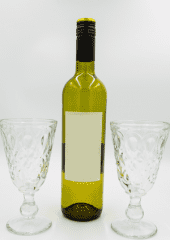 A little over two years ago, we wrote about how our small study in northern Canada attracted international media attention after alcohol lobby groups objected to labels with a cancer warning being affixed to alcohol containers. The pushback led to the study being halted for three months, and eventually resuming without the cancer warning labels (two other labels with standard drink information and low-risk drinking guidelines were allowed to stay). Fortunately, researchers were able to modify their study protocols to salvage the project.

Findings published in a special section of the Journal of Study on Alcohol and Drugs show that the industry had reason to be concerned – the labels were an effective way to both communicate health messages and influence people to cut back on their drinking. We shared these results in the first article of this two-part blog. But what impact did the industry interference have on this study – and on other initiatives seeking to place labels on alcohol containers around the world?

A media analysis and a legal analysis in the special section looked more closely at the industry’s meddling in the Northern Territories Alcohol Labeling Study. The Vallance et al media analysis compared the Yukon saga with a similar story unfolding in Ireland, where a Public Health (Alcohol) Bill containing provisions about cancer warning labels on alcohol containers was making its way through Irish parliament in 2018. The authors found that industry representatives employed similar tactics in both the Irish and Yukon scenarios: they commonly denied or downplayed the alcohol-cancer link or said there were better ways to communicate alcohol’s risk than labels. In the case of the Yukon study, they also called into question the government’s authority to put the labels on in the first place (more on that later).

These alcohol industry arguments are similar to ones used by the tobacco industry in the past – and are far from the only examples of industry pushing back on labels that we are seeing play out across the globe right now. Take Australia and New Zealand, where advocates have been trying to get a pregnancy warning label on alcohol containers. The mandatory new black, red and white labels, which market research determined to be the most effective design, were recently delayed. Why? The alcohol industry pushed back on the costs of printing in red, said that red text on a red bottle would not stand out enough, and complained that the design was ‘a clear regulatory overreach’ (‘overreach’ being a favourite term of the alcohol industry).

But what about the industry’s claims that the Yukon government didn’t have the legal authority to put warning labels on alcohol containers in the first place? This veiled threat of legal action was what caused the study to be put on hold and eventually altered. The Stockwell et al legal analysis engaged experts to tackle this claim, and found it didn’t hold water.

The analysis found that not only do Canadian provinces and territories have the legislative authority to place warning labels on containers, the Yukon Act actually grants the territorial government special authority over intoxicants, making that argument moot. The analysis goes on to point out that if anything, governments that sell alcohol to its citizens are leaving themselves open to potential civil lawsuits, similar to what we saw with tobacco, by not warning consumers that alcohol is a carcinogen.

It’s clear that the alcohol industry is investing a lot of effort in fighting labelling initiatives and other alcohol harm-reduction measures around the world. And while one of their main arguments may be that it is because they are an ineffective tool at curbing consumption, this new research proves that is false: prominent, well-designed labels are an effective public-health tool, and governments should be warning consumers about the potential risks in consuming a product they are involved in selling. Labels may be one approach for effectively communicating this message to the public.

And it sounds like they are starting to get the message. While much of the world’s attention is consumed by the COVID-19 pandemic, recent media comments by John Streicker, the Yukon minister responsible for the Yukon Liquor Corporation, indicated that he believed the labels were of value and he wanted to raise the findings with the federal health minister.

As for industry media comments this time around? They’ve been silent so far. Perhaps because of the brouhaha and negative media attention last time, or maybe due to the increase in sales and relaxing in regulations they are seeing across much of Canada in the wake of the pandemic. Either way, we don’t know what their thoughts are on the results – or if they will take any action if Canadian governments decide to implement labels.

Written by Amanda Farrell-Low and the Northern Territories Alcohol Labels Study Research Team, co-led by the Canadian Institute for Substance Use Research. For further information about the study, media coverage, infographics and peer-reviewed manuscripts and conference abstracts, please visit: https://www.alcohollabels.cisur.ca/