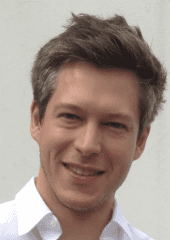 We need interventions to address the issue of those who respond to stimuli prematurely, arges Matthew Mayhew

Research has consistently found that those with alcohol dependence show elevated impulsivity – indeed, this may underlie the persistent drinking, despite profoundly adverse consequences, which characterises the condition. Observations of elevated impulsivity in such individuals have been complemented by neuroimaging studies, indicating abnormalities in the structure and functioning of regions within the prefrontal cortex that have been implicated in impulsive behaviour. The finding of elevated impulsivity in alcohol dependence has become so well-established, that impulsivity has been postulated as a pre-morbid risk factor for alcohol misuse (though the relationship between impulsivity and alcohol misuse is complex, as impulsivity may also be a consequence of chronic alcohol intake, via damaging effects within prefrontal regions). If it is a pre-morbid risk factor, this may mean that elevated impulsivity is also present in those with less severe forms of alcohol misuse, such as hazardous drinkers (often termed ‘heavy drinkers’ in the literature).

Hazardous drinking is not an ICD-11 diagnosable condition, like ‘harmful alcohol use’ or ‘alcohol dependence’, in which alcohol use has already caused harm to the drinker’s physical and/or mental health, or resulted in harm to the health of others. Yet hazardous drinkers’ alcohol intake nevertheless puts them at risk of future alcohol-related harm, including potential progression to a diagnosable alcohol use disorder. The ICD-11 does not specify parameters for the amounts of alcohol consumed by such drinkers. Research in this area has generally considered hazardous drinkers to be those without a diagnosable alcohol use disorder, but who are drinking above national-recommended limits – in the UK, for example, as of 2016, no more than 14 units of alcohol per week, for both men and women. Given that around a quarter of men and around 13% of women in England are estimated to be hazardous drinkers, together with the substantial and diverse costs of alcohol misuse, understanding such drinking is clearly important, both theoretically and clinically. To this end, we explored whether, and which aspects of, impulsivity may characterise hazardous drinking. If such drinkers are found to have elevated impulsivity, this may inform future interventions, so as to target this potentially elevated impulsivity, and thereby reduce the risk of future alcohol-related harm.

In practical, everyday terms, our findings indicate that hazardous drinkers may have a tendency to act immediately, before having fully processed the important aspects of a given situation. Elevated waiting impulsivity may play a role in maintaining hazardous drinking by, for example, making an individual more likely to (quickly) say ‘yes’ to an invitation to go for a drink; and, once in the bar or pub, with the repeated consumption of alcoholic drinks in the absence of fully processing the potential health and other (eg social) consequences beforehand.

Our findings suggest that interventions aimed at reducing waiting impulsivity may help to reduce hazardous drinkers’ alcohol intake. Possible strategies could involve helping hazardous drinkers to develop an awareness of their tendency to respond quickly and impulsively, as well as teaching them to engage in more conscious, deliberated thought before going for / having a drink – for example, counting to ten, considering the pros and cons or bringing to mind the cue-word ‘WAIT!’ (an acronym for ‘what alternative is there?’). Impulsivity arising from inhibitory control difficulties has been successfully reduced in those with attention-deficit/hyperactivity disorder.

As already mentioned, apart from waiting impulsivity, none of the other impulsivity sub-types that we measured differed between the drinking groups. This suggests that, in contrast to the generally- and reliably-elevated impulsivity in dependent drinkers, impulsivity is not generally elevated in hazardous drinkers. Overall, the more general, broad-based impulsivity seen in alcohol dependence may be due either to the accumulated deleterious effects of chronic alcohol intake throughout regions of the prefrontal cortex with continued hazardous drinking, or a sub-sample of pre-morbidly highly impulsive individuals going on to become dependent, or some combination. Future longitudinal studies are needed to clarify these issues.

Dr Matthew J. Mayhew is a clinical psychologist, specialising in Neuropsychology, at St George’s Hospital in London. Please view the full article, which is available online, here. You can contact Dr Mayhew directly at Matthew.Mayhew@stgeorges.nhs.uk, if you have any questions or queries regarding the article.