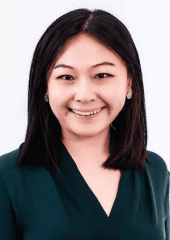 Increasing alcohol excise taxes is the most effective regulatory policy to reduce excessive drinking and related harms. Tax pass-through rates measure how much prices increase when taxes are increased by one unit – a critical step in the mechanism of excise taxes as an alcohol control policy. If prices are increased more than tax increases (ie tax pass-through rate > 1), the reduction of alcohol consumption will be higher, and vice versa.

Evidence on the tax pass-through rates of alcohol taxes to prices is scarce and limited to beer. The study, The Pass-Through of Alcohol Excise Taxes to Prices in OECD Countries by researchers Ce Shang, Anh Ngo, and Frank J. Chaloupka fills this critical evidence gap by conducting a thorough investigation of pass-through rates of various alcoholic beverages (beer, wine, and other liquors) in 27 OECD countries from 2003 to 2016 using Economist Intelligence Unit (EIU) data. By examining the tax pass-through rates on alcoholic beverages comprehensively, it allows for more informed, efficacious, and effective taxation policies to reduce excessive drinking and promote healthy behaviors.

The paper also seeks to evaluate how taxes are passed to products in different price tiers (ie higher- vs. lower-priced products). It shows that when tax increases, prices of lower-priced products increase less than the prices of their more expensive counterparts. As a result, the prices of cheap products may remain low, despite tax increases. The availability of relatively cheap products may reinforce excessive drinking and undermine the effects of increasing taxes on alcohol consumption reduction.

Examining beer, wine, and liquor (cognac, gin, scotch whisky, and liqueur), the study also studies a rich variety of alcoholic beverages. The study found that excise taxes are over shifted (ie price increases by more than tax) on wine as well as for cognac and liqueur Cointreau. But evidence on the tax pass-through rates of beer, gin, and scotch whisky is less conclusive. The spectrum of tax pass-through rates highlights the complexity of the alcohol market, suggesting that moving forward, innovations in taxation policies may be needed to respond to such complexity.

The study is an important contribution to a field where evidence is sparse. Ultimately, it encourages future research on the effectiveness of alcohol taxation in regulating alcohol use. An important message is that since cheaper alcohol is not as susceptible to price increases via excise taxes, governments may consider additionally implementing minimum pricing policies. Minimum pricing policies would raise the floor prices and complement the excise taxes on cheaper alcohol. Considering that excise taxes offer a win-win strategy of not only reducing alcohol-related harms but also generating tax revenues that can be further directed to advance public health and welfare, better and more effective ways of implementing alcohol taxes will benefit society.