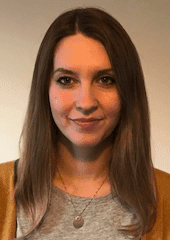 Originally published on the BMC blog

Whether we are meeting friends in a bar, eating out, or planning a night in at home, one of our first thoughts is often: ‘What shall I drink?’. The choice in bars, restaurants and supermarkets is often overwhelming, with long menus, details of tasting notes, and special offers to review. The one consistent feature is that alcohol is everywhere.

In England, the majority of adults drink alcohol, and around half do so every week. While the risk of harm remains low for many people, one in three men and one in seven women drink above the current UK low-risk drinking guidelines (14 units/week). This increases the risk of developing alcohol-related illnesses, including mouth, throat and breast cancers, stroke and heart disease.

Making alcohol less affordable is one way to reduce consumption effectively. However, we are interested in other potential approaches. Specifically, we were interested in whether changing the drinking environment could influence drinking behaviour. Previous research has shown that people are more likely to buy and eat healthier food if a proportion of less healthy meal or snack options are replaced with healthier options. Our study investigated whether altering the availability of non-alcoholic compared to alcoholic drink options would similarly impact people’s choices.

In real-world environments – such as a supermarket or busy bar – people often have to make quick choices about which drink they choose. Therefore, we also asked half of the drinkers to make their choice under a high time pressure.

As far as we are aware, this is the first evidence to suggest that interventions to increase the availability of non-alcoholic drinks – particularly their proportion relative to alcoholic drinks – could support a reduction in alcohol selection.

Although many bars and restaurants offer at least one type of alcohol-free beer, this is often kept in the fridge behind the bar, or at the back of a menu, and the range of non-alcoholic drinks is often limited. These alcohol alternatives lack visibility and it requires greater effort for customers to choose them. However, the market for these drinks is growing, which is providing greater choice, and over time, increasing exposure to non-alcoholic drinks could help shift social norms around drinking these products.

Interventions to increase the proportion of non-alcoholic drinks available are timely and of interest not only to policy makers, but also licence holders and drinks manufacturers. Research in real-world settings is needed now to understand the potential impact on alcohol consumption.

This blog was originally published as a BMC Series blog, 06 May 2020

Dr Anna Blackwell is a senior research associate in the Tobacco and Alcohol Research Group (TARG), School of Psychological Science, at the University of Bristol. Anna works as part of a Wellcome-funded collaborative programme of research: Behaviour Change by Design, which aims to generate evidence for the effectiveness and mechanisms of interventions that change the environment – sometimes called ‘choice architecture’ – to reduce alcohol, food and tobacco consumption.