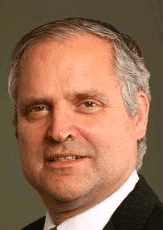 Insurance is not usually associated with alcohol problems. But there are good reasons for focusing on the the two subjects in conjunction, as they give rise to multiple problems some of which I set out below. They are described in more detail in my recent article in the Journal of the British Insurance Law Association.

Alcohol misuse is a leading risk factor for suicide. Many life insurance policies cover death arising from suicide after the first year of cover. So some people, usually addicted to alcohol or other depressant drugs, often with co-morbid mental health problems, take out a life policy. Their intention is to commit suicide in order to provide for their families. This motivation to take their own life can impede their recovery. Making a compensation claim after an accident can have the same effect, as personal injury lawyers well know.

When, however, people who have taken out life insurance commit suicide a little over a year into their insurance cover, the insurance company will usually seek access to their medical records. Usually this will reveal that when applying for the insurance they concealed or mis-stated their true state of health. Disputes over these issues are usually determined by financial ombudsmen. Some of them allow insurers access to the medical records. This usually results in the claim being repudiated. Other ombudsmen refuse access, taking the view that the insurer is engaged in a “fishing expedition” for excuses not to pay out.

The duty of good faith

A wide range of other insurance policies also require health declarations of this kind – motor, travel, accident, health, illness, etc. The policies will also often rule out claims arising from drinking or drug taking. Insurers and their intermediaries are not always as forthcoming about these exclusions as they ought to be when selling their products.

On the other hand people who have serious alcohol or drug problems often do not make truthful declarations when taking out insurance. This may be because they are ‘in denial’, are cognitively impaired as a result of their drinking, or think, rightly or wrongly, that they will not get insurance if they are truthful. Sometimes this results in insurance claims being turned down. On other occasions, however, perhaps most cases, people will get away with it.

How much can one drink on holiday?

If you go to a stag party in Magaluf and have an accident on the way back from the bar to your hotel, how much do you need to drink to have your travel insurance claim declined? Nine drinks spaced over several hours was not enough according to Ombudsman Timothy Bailey. In another case, however, where a Mr. J had had ‘a couple of drinks but nothing silly’ before his accident the ombudsman, Joe Scott accepted that his judgment was clouded by his drinking and upheld the refusal of the insurer to pay the claim. These cases do also depend partly on the wording of the insurance cover which can vary from one insurer to another.

When motorists who are involved in accidents are convicted of driving while intoxicated, their insurance will pay out for the victim, even though they are in breach of their policy terms, but the insurer will usually be able to sue the drinking driver to recoup the payout if he or she is good for the money.

Private medical insurance (PMI) usually excludes treatment for alcohol addiction, even when the insured’s addiction is closely related to a mental health problem, say depression, which is covered by the insurance. So is the patient to be treated on the insurance for depression but not for alcohol addiction, even if modern clinical practice supports an integrated approach? Or will he or she not be covered for either condition?

These are important questions to which the answer is not clear. Meanwhile the government has closed down most NHS treatment centres. So having PMI which covers alcohol treatment may be a wise precaution.

People often have to retire early because of their drinking. In that event they may not be able to claim on their pension scheme because alcohol misuse is often not treated as an illness under the pension documentation. But if they have bought an annuity, the worse their drinking problem is, the higher the annuity rate they will enjoy, because the insurer expects them to have a short life span. If that expectation is realised (which it often is) the annuity may, with hindsight, look like an extravagant investment.

Taking out insurance in recovery

Finally can people in recovery from alcohol/drug addiction get insurance at a reasonable cost or at all? The answer is sometimes ‘yes’, if they shop around. Sometimes it is ‘no’ if they are in effect uninsurable. An example of this is a person who has made a suicide attempt and tries to get life insurance or critical illness cover a year later. He or she may have to wait five years or more and demonstrate a good recovery.

So what are insurers doing about these issues?

There is no obvious initiative within the insurance industry to study substance misuse as a risk factor operating across various different insurance products and stages of the insurance product life cycle (eg underwriting, sale, claims, etc). Nonetheless they probably are studying it. They just need to tell people a bit more about the outcome of their research. It should be worth reading.

After all insurers are experts in risk management and have already demonstrated that expertise in relation to, for instance, longevity, climate change, financial crime and terrorism.