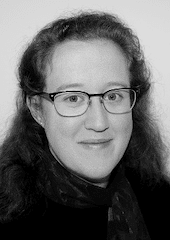 Living alcohol free, temporarily or permanently, can bring massive benefits: improved mood, better sleep, reclaimed Saturday mornings, more energy, losing excess weight, saving money, reduced health risks – the list goes on. It’s why millions of people every year sign up for Dry January, a sober October, a longer Sober Spring, or even choose to give up drinking for good. It needn’t be for weeks on end, either – it’s also important to have drink free days every week.

Many people trying to cut down or abstain from alcohol turn to Alcohol-Free and Low-Alcohol (‘NoLo’) drinks. As well as enjoying the taste, many people find they help to replace alcoholic drinks, particularly in social situations. In recent years the variety and quality of NoLo drinks has boomed and they’re now commonplace behind the bar and on supermarket shelves.

The government has become interested in the potential of NoLo to help tackle alcohol harm. In a 2019 green paper, ‘Advancing our health: prevention in the 2020s’ the government proposed encouraging people to reduce their alcohol intake by supporting the NoLo drinks market. If we all reduced our drinking, deaths would be prevented, health would be improved and public money would be saved, so it’s understandable that politicians would be interested in low cost ways to reduce alcohol harm.

However, while NoLo drinks help some people, there has been nothing to suggest that they could encourage enough people to reduce their drinking to make a difference to society as a whole. There has been no evidence of what effect boosting the NoLo market would have on alcohol harm, or to shed light on the effects they have on drinkers.

To try to fill this evidence gap Alcohol Change UK commissioned the Social Market Foundation to:

The research was published in September 2020 and from it we have learned that:

This research didn’t set out to measure the impact of NoLo on people who are dependent or in recovery from alcohol dependence, and on children and young people. Some clinicians and public health professionals have cautioned that for people in recovery from alcohol dependence, NoLo drinks could trigger old cravings, or that children might be drawn into drinking through the ‘gateway’ of NoLo. Concerns also remain, particularly amongst public health experts, about ‘alibi marketing’, where manufacturers use their NoLo products to advertise their brand in places where alcohol advertising is restricted. Further research is needed, and it’s extremely positive that one of the IAS small research grants has been awarded to a project exploring NoLo.

There is currently nothing to suggest that promoting NoLo drinks could address alcohol harm at a population level. Although some individuals undoubtedly find NoLo drinks extremely helpful for reducing their alcohol intake, not enough people drink them in the quantities required to make a dent in alcohol harm nationally.

You can read more about the findings and download the full report here: https://alcoholchange.org.uk/publication/alcohol-free-and-low-strength-drinks-understanding-their-role-in-reducing-alcohol-related-harms