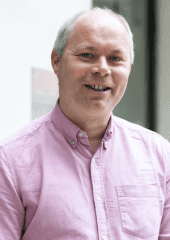 When I first started working on minimum unit pricing (MUP) for alcohol, more than ten years ago, one of the main criticisms of it was that it was a “scattergun approach” that would push up the price of all kinds of drinks. What’s become clear, however, in the intervening years is that MUP tends to hit some very particular targets. By setting a baseline price for every 10ml of pure alcohol sold, MUP has its greatest impact on drinks sold at the lowest price relative to their alcohol content, most obviously super-strength ciders (sometimes called “white ciders”) and the cheapest spirits. Since November 2019, I’ve been collecting price data for these types of drinks from shops in Cardiff, to try and understand just what the impact of MUP has been.

As expected, when MUP came into force in Wales on 2 March 2020, prices of cheap, strong drinks went up – by 151% in the case of one cider. But there was something else too. Bottles started shrinking. We always wondered how producers would respond to MUP. Would they lower the alcohol content? Would they seek to improve the quality of their products to justify the new, higher price? There’s been a little bit of both those things, but one of the most obvious shifts has been in size.

3 litre and 2.5 litre bottles of cheap, strong cider seem to be a thing of the past in Wales. In their place, we’ve seen 2 and 1 litre bottles and 500ml cans. At the cheapest end of the spirits market, we’ve seen a number of supermarkets offering their own-brand whisky, vodka and gin in 350ml and 500ml bottles instead of the usual 700ml. Now, you might think that 2 litres, or even 1 litre, is still an awful lot of strong cider, or that half a litre is still a lot of whisky, and you’d be right. But it’s progress. Compared with 2.5 litres, a 2 litre bottle of white cider is a 20% reduction in someone’s alcohol consumption; a 1 little bottle is a 60% drop. Switching from 700ml of spirits to 500ml is 30% less alcohol.

The other all-important factor here is what we might call “drinking decisions” or “drinking increments”. This becomes more important the smaller the container of alcohol on offer. If we take strong cider as our example, someone who’s bought 3 litres or 2.5 litres of it has a plentiful supply of alcohol, right there in front of them – probably enough to last an afternoon. Someone who’s had to buy their cider in a 1 litre bottle, or even a 500ml can, is in a different situation. The smaller container size has divided their drinking into smaller increments and introduced more decisions. After each bottle or can, they have a decision to make. If they’ve got another one, do they want to open it, or save it for later, when they might need it more? If they haven’t got another one, do they have the means to get one: both the money, and the will to go back to the shop? Experience suggests that the net effect of adding these extra stages to the drinking process is to slow down drinking.

As for why manufacturers and retailers are shrinking some of their drinks, the answer seems simple: affordability. It makes sound business sense to offer products at prices consumers want to pay. In the case of post-MUP cider and spirts sales, reducing the size of containers means that products are still reasonably priced. The seller gets to sell their product, the drinker gets their drink, even if it’s a bit smaller than before. Plus, from a public health point of view, there’s a possibility of genuine harm reduction, by reducing someone’s overall alcohol intake. Strangely, it could be a win-win situation for all concerned.