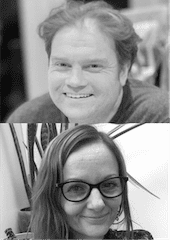 An introduction to our new edited volume: Palgrave Handbook of Psychological Perspectives on Alcohol Consumption

Taking a psychological approach to alcohol consumption involves researching individuals’ thoughts and behaviours about drinking, within the cultures and communities they occur in. The Palgrave Handbook of Psychological Perspectives on Alcohol Consumption summarises a broad range of research in this exciting field, and sets an ambitious agenda for the future. In this post we introduce the key questions that are answered in the handbook.

Typically, psychological research has focused on things that differ between individuals, such as beliefs about drinking or personality traits. Indeed many of the psychological theories covered in the first section of the handbook propose that drinking behaviour is a consequence of individuals weighing up the pros and cons of drinking before deciding to act. Beyond psychology, this approach informs much thinking on alcohol guidelines, labelling, and messaging, too: If we inform people about what is a ‘low-risk’ amount of alcohol, using labels on alcoholic products or messages in the media, then people will assimilate this information, alter their beliefs about drinking, and reduce their consumption accordingly. However, assuming an individual’s beliefs or personality drive their drinking behaviour downplays the importance of cultural, contextual, environmental and social influences.

How do our identities influence drinking behaviour?

Drinking alcohol influences our personal and social identities, and our identities also influence our drinking behaviour. How we construct our identities online, as part of a sports team, whether or not we engage in pre-drinking, or position ourselves as a non-drinker, are all covered in the third section of the handbook.

How do beliefs about alcohol develop from childhood into adolescence?

Compared to research with adolescents and young adults (often students), relatively few studies are about children. This is mainly because most children do not drink alcohol. However, recent research has shown that children possess beliefs about alcohol several years before they first consume alcohol themselves. Adolescence is also a time when culture plays an important role in drinking behaviour. For example, in countries like Italy, expectations about young people’s drinking are quite different to those reported in countries like Finland.

How effective are psychological interventions at reducing alcohol consumption?

Evaluations of measures to reduce alcohol consumption, including product labelling, feedback, motivational approaches and cognitive bias modification, have generally been shown to have only small impacts on drinking behaviour. One reason is that such interventions target the individual and do not also address external influences on consumption. One approach to improve the effectiveness of such interventions would be to focus on external influences, including where and with whom drinking takes place.

Visions for the Future

The final chapter focuses on our vision for future alcohol research.

Greater collaboration across disciplinary and national boundaries, together with careful and considered involvement of people with lived experience of alcohol and its impacts, will enable this exciting field of research to continue to flourish.

Over the coming months we will be publishing a number of blogs that will delve into the chapters of the Palgrave Handbook.