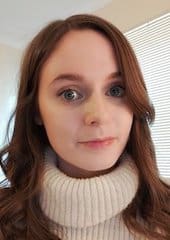 The alcohol harm paradox is the consistent research finding that the disadvantaged suffer greater rates of alcohol-related hospitalisations and deaths, even though they often consume less alcohol than the more advantaged. For example, in England 45% of people in the highest income bracket exceed the low-risk drinking guidelines. This compares to just 22% of those in the lowest income bracket. However, the rate of death attributed to alcohol consumption is 5.5 times higher for the poorest. So why are the disadvantaged suffering more while drinking less?

What could be the cause?

In our recent paper published in Addiction, we reviewed explanations for the alcohol harm paradox suggested within the scientific literature. We found 79 papers which were a mix of academic literature and government or third sector reports. There were 41 distinct explanations for the paradox which fit into six broad categories: lifestyle, artefact, individual, contextual, disadvantage, and upstream.

Another explanation that received some research attention is that disadvantaged people drink more alcohol than they say they do when asked in health surveys. Therefore, the alcohol harm paradox doesn’t actually exist, it is an artefact of using self-report measures of alcohol consumption. However, studies that use biological indicators of alcohol consumption rather than self-report measures still find the paradox.

There were many other, mainly speculative, explanations for the alcohol harm paradox which remain untested. These include:

What should we do next?

It is not surprising research efforts to understand the alcohol harm paradox have largely focused on health behaviour; this has been a staple of health and epidemiological research and data is available for analysis in most health surveys. Calling for people to change their health behaviour puts emphasis on the individual to make the change and is an achievable goal, at least in theory. Unfortunately, a behaviour-focused approach is not going to be enough to tackle the unequal burden of alcohol harm even if it can be achieved in practice.

Inequalities in alcohol harm are just one example of many inequalities in health outcomes. The difference with alcohol is that consumption is higher among more advantaged groups, whereas more disadvantaged groups typically engage in more ‘unhealthy behaviours’. Given the entrenched social and health inequalities in high-income countries, perhaps the “paradoxical” patterns in alcohol harm are not surprising at all. Our future work aims to go beyond lifestyle explanations by drawing on existing health inequality theory to better understand the causes of the paradox.