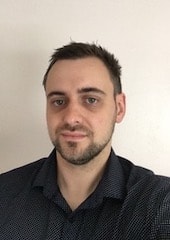 Alcohol advertising works. Exposure to alcohol advertisements leads to alcohol consumption. Unfortunately, this also increases alcohol experimentation and uptake in young people, and among those who already drink, increases the frequency of drinking and the amount consumed.

Televised sporting events are popular with young people, and these events often feature alcohol sponsors. Guinness was announced as the title partner for the 2019 Six Nations Rugby Championship in December 2018. We measured how much Guinness content was shown and how much of this was seen by young people, in our new article published in the peer-reviewed journal Alcohol & Alcoholism.

What we did and what we found

We watched all 15 games in the 2019 Championship and timed any appearance of the Guinness brand shown on screen – including the brand ‘Greatness’, which uses the same colour scheme and font, and is used in its place in games in France where alcohol advertising is prohibited. We included: Guinness branding on side-lines, superimposed onto the centre of the pitch, flag posts, sponsor walls, goal posts, stewards’ uniforms, or on billboards.

Using viewing figures and census data, we estimate that this was seen 122.4 billion times by the UK population, including 758 million times by children aged under-16. Our study thus showed that alcohol marketing was highly prevalent during the 2019 Guinness Six Nations Championship and was a significant source of exposure to alcohol marketing and advertising for children.

Commercial advertising of alcohol and alcohol content in broadcast programmes are regulated in the UK to prevent adolescent exposure. However, the Advertising Standards Authority does not cover broadcast footage of imagery arising from sporting events and Ofcom has no remit over sports sponsorship deals. Alcohol sports sponsorship is self-regulated by the Portman Group, a group composed of alcoholic beverage producers, including Guinness, who seek to ensure that alcohol is promoted in a socially responsible manner and only to those over the age of 18. However, the Guinness Six Nations led to this content being seen hundreds of millions of times by children under 16.

What action is needed?

An international comprehensive ban on the advertising, promotion and sponsorship of alcohol products would prevent young people from being exposed to this content, leading to reductions in alcohol consumption and harm in the future.

Written by Dr Alex Barker, Research Fellow at the University of Nottingham