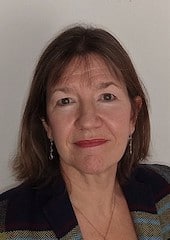 Could the very simple action of pricing alcohol at a minimum of 50p per unit save lives?

Around 80 people each day in the UK are dying from an alcohol-related cause. It’s a huge public health challenge.

Alcohol is a leading risk factor for ill-health and premature death, and we know that drinkers who are at the greatest risk of harm tend to buy the cheapest alcohol from shops and supermarkets, where prices are much lower than in pubs or clubs.

Minimum Unit Price (MUP) as a public health policy targets lower-cost, high strength drinks. When Scotland introduced a MUP of 50p per unit in May 2018, the aim was to reduce consumption of cheaper alcohol, including certain spirits and strong ciders – and it produced encouraging results.

An earlier study carried out by our research team in 2019 and published in the BMJ, looked at the early impact of a MUP policy in Scotland, and saw an immediate difference in buying habits.

We recently revisited the study over a longer period, and also included Wales. We wanted to see if the MUP was still making a difference in Scotland, and we also wanted to look at what had happened in the first six months in Wales.

Why our research was different, and what we discovered

We used data from Kantar WorldPanel’s household shopping panel, which gave us access to over 35,000 British households, with detailed information on 1.24 million separate alcohol purchases between 2015 and 2018, and the first half of 2020.

By using this actual purchase information, rather than surveys, it meant we could work with a large and objective data set, and the results wouldn’t be influenced by self-reporting of what households said they’d bought.

The results were clear. In Scotland, the policy continues to make a difference, and in Wales they’re seeing very similar levels of early positive impact. This is despite the policy being launched in March 2020 at the start of a national COVID-19 lockdown period when adults said they were drinking more at home.

What does this mean?

After the introduction of a Minimum Unit Price, in both Scotland and Wales the households that tended to buy the most alcohol were those most likely to reduce the amount they bought – by at least 7%.

However, it also showed that the households that bought the most alcohol and that also fell into the very lowest income bracket didn’t appear to buy any less; instead, their spending on alcohol increased in line with the increase in price. This is obviously concerning, and something we need to explore further so we can understand the reasons behind it, as well as its wider impact.

Aside from that, this latest evidence proves that MUP is a highly-targeted and relatively simple public health policy that can make a significant difference to potentially harmful drinking habits – and so save lives.

You can read more about our recent study, and download the full paper, here