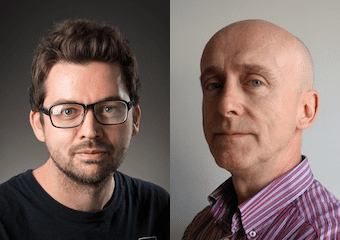 On the 5th of December 2014 Scotland reduced the legal drink drive limit from 80 to 50 milligrams per 100 millilitres of blood (otherwise known as 0.05% blood alcohol concentration or BAC). The limit in the rest of the United Kingdom did not change. Even though there have been large reductions in automobile crashes over recent decades in the UK, they continue to be a considerable burden on health. In 2018, over 160,000 casualties from road traffic collisions were reported, with collisions consistently representing the second or third leading cause of death among Britons aged 5–34.

Limiting BAC for drivers, therefore, has become a key policy tool used by governments across the world in their attempt to save lives on the road. In 2001, the European Commission recommended that all member states should adopt a legal maximum limit of 0.05 BAC or lower. In the UK, the government-commissioned North Review on the legal framework of drink and drug driving concluded with the recommendation to cut the legal maximum BAC from 0.08% to 0.05%. With the 2014 reform, Scotland adopted this recommendation, with the explicit intent to make roads safer.

To examine the impact of the law change we used detailed administrative data for all motor vehicle collisions reported to the police and recorded using the STATS19 accident reporting form from the Department for Transport. We use all records from 2009 to the end of 2016 on over 1.2 million accidents. Each record contains details about the accident and the individuals involved, including their age and sex, the exact time and location of the accident, and its severity, and this in turn is distinguished into fatal, serious, and slight. We also have information on alcohol involvement.

Local authorities in England and Wales might not be a good comparison group to those in Scotland. Therefore, in our second approach, we repeat the same comparison but for those local authorities that are close to the Scottish-English border (with 50, 100 and 150km).

The third approach is to use a statistical technique that picks local authorities in England and Wales that closely follow the trend in Scotland before the reform was enacted as well as other characteristics, such as weather conditions, road congestion, socioeconomic status of the population and alcohol availability in each local authority.

All estimates reveal that the lower Scottish limit had no impact on any type of road accident, from fatal crashes to collisions involving just slight injuries or drink drive accidents. This evidence holds true for various subgroups of the population (e.g., young men), and whether we consider nights, weekends, and rural or urban areas.

We do, however, find the reform led to a greater anti-drink driving sentiment among the public, although this was not enough to induce people to scale back their alcohol consumption or reduce own vehicle usage.

Why was the law not effective?

We consider two channels why the reform had no effect. One is given by alternatives to driving under the influence, exploring changes in the availability and fares of alternative means of transportation (e.g., taxis and buses).

The other is through deterrence. We examine whether the lower limit was accompanied by changes in enforcement, specifically police numbers and breath testing, including tests unrelated to road collisions, as well as drink drive arrests and convictions unrelated to traffic accidents.

We find that alternative means of transportation were neither more available nor cheaper, and police enforcement was weak. Both channels therefore contribute to the lack of an impact of the reform.

What can then be done to tackle drink driving?

Our results are somewhat in line with international evidence that suggests that changing the law alone is often insufficient to reduce road accidents. Therefore, when drink drive laws become stricter, to be effective they should be complemented with changes to the public transport system – giving those going out and drinking more options to get home.

The law change should also be combined with greater enforcement – this could be through either increasing the number of breath tests carried out, or as a recent PACTS report suggested, the police should be given the powers to conduct mandatory/random alcohol testing and this should be targeted – with a focus on evenings and places where alcohol is likely to be consumed.

It is also the case that most drink driving accidents occur above the 0.08% threshold. This implies that policy makers should look at ways to target those who drink and drive well above such thresholds. Therefore, policy makers may think about reforms to the High Risk Offenders Scheme in line with the aforementioned PACTS report.

Technology may also play a role here. For example, several countries have implemented alcohol interlock schemes. In such schemes, those convicted of a drink driving offence may get their licence back on condition of having an alcohol interlock fitted. While evidence suggests they appear to be effective when fitted, the long run effects are mixed.

Should the law be repealed?

Given the lack of effect on reducing accidents, an obvious question is then: Should the law be repealed, and the limit go back up to 0.08% BAC?

The answer is not obvious for several reasons. First, reducing alcohol limits may have beneficial effects on health, other than through road accidents. Second, reversing the law may send a signal to drivers that drink driving is safe and this is not the case. Third, although the potential effect on industry raises legitimate concerns, we did not find evidence of a negative impact on employment in pubs. Another study has looked at the impact on the pub industry and did not find a long-term financial impact – with a number of bars/pubs adapting to the changes by offering more low/no alcohol drinks.

This blog is based on recent research ‘None for the Road? Stricter Drink Driving Laws and Road Accidents’. Read the paper in full here.