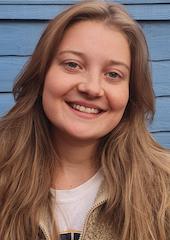 In England and Wales, approximately two in five violent incidents are alcohol-related. Alcohol-related violent crime (ARV) costs the police and criminal justice system in England approximately £1.6 billion per year. ARV also poses significant social harm as incidents tend to involve injury, intensifying current pressures faced by accident and emergency departments. Furthermore, it is expected that certain socioeconomic groups experience ARV and associated harms more so than other groups; this inequality is intensified when accessibility of alcohol is greater for these populations.

With police-recorded violence on the increase, ARV is all the more important to understand. Outlined here is some of the recent research around ARV that was presented at the 2021 British Society of Criminology Conference by Olivia Horsefield (University of Liverpool), Lucy Bryant (IAS Research and Policy Officer), Dr Carly Lightowlers (University of Liverpool), and Dr Phil Hadfield (expert advisor to IAS).

The alcohol harm paradox also extends to violence too, as recent research from Lucy Bryant and Dr Carly Lightowlers has found that lower socioeconomic groups were more likely to be victims of ARV, predominantly domestic and acquaintance violence.

Moreover, deprivation can even amplify the impact that alcohol availability has on violent crime, as Dr Carly Lightowlers identified in a recent paper. Despite the significant effect deprivation has on violence, little has been done to address the underlying drivers of deprivation in order to reduce ARV.

It could be that lower socioeconomic groups are more likely to drink harmfully as a result of  higher exposure to outlets selling alcohol in their environment. Dr Carly Lightowlers found that violent crime was higher in areas of high deprivation, areas which also experienced high alcohol availability. The outlets selling alcohol in these areas were more likely to be on-licenses, such as bars, pubs and nightclubs.

Evidence has found that availability of off-licensed outlets, for example supermarkets and convenience stores, may also be associated with ARV – particularly domestic violence as alcohol is taken home to be consumed in a non-policed environment. Recently, the COVID-19 lockdowns have encouraged purchasing from off-licensed outlets due to on-trade closures. Alcohol consumption, alongside associated domestic violence, has consequently increased in the home.

My own research found that on-licensed outlets can be associated with increased risk of violence in some areas, yet do not pose a risk to violence in other areas. This finding applied to off-licensed outlets too. The research emphasises the importance of local context when understanding associations between violence and alcohol availability.

ARV is often addressed by targeting and improving individual outlets which pose a problem through the licensing process. Moreover, attempts to tackle ARV through the licensing process have focused mainly on on-trade outlets, particularly those which are already policed in the night-time economy. Such measures ignore the complexity of the problem, therefore new approaches are needed for tackling ARV.

Policies need to address socioeconomic inequalities, as little attention has been paid to this evidence base. More attention also needs to be directed at pricing, such as minimum unit pricing (MUP) of alcohol. Studies in Scotland have found the MUP policy would be effective for reducing alcohol-related harm in deprived populations. Preventative solutions like these are important for tackling complex issues like ARV.

Data on alcohol-related crime also needs paying attention to. Police data is highly detailed, yet it is not mandatory for police officers to record the involvement of alcohol in a crime, resulting in inaccuracies in the recording of ARV. An inaccurate measure will hinder analysis of ARV, weakening our understanding of it and leading to victimisation disparities.

To address problems within the data, my own recent work involves predicting alcohol-related crimes in police data using a machine learning algorithm. The next step would be to implement these predictive algorithms into the police system to detect ARV, also saving valuable police officer time.

Once accurate data is made available, it can be analysed by researchers to improve our understanding of ARV, which in turn will improve decision making and effectiveness of ARV policies.