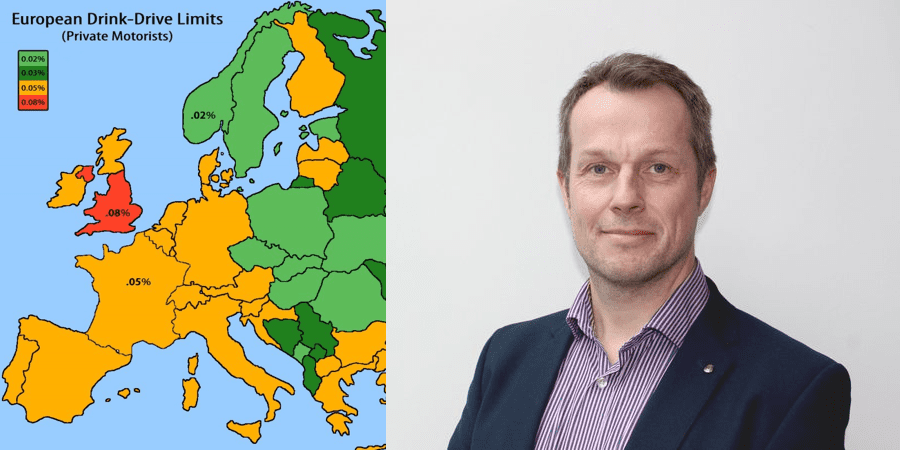 The Police Federation, as you would expect, is keen to support all efforts to make our roads safer. The Police service is often the first to respond to reports of a road accident and therefore witness first-hand the horrendous aftermath of any crash. They are sadly well-practised in knocking on families’ doors to break the news that a loved one has been killed in a crash, a role that gets no easier no matter how many times you do it. In my own experience, it in fact became more difficult over time.

Police officers need legislation in place that helps improve road safety so they can more effectively play their part in bringing down road death and serious injury numbers. As such, the Police Federation is supportive of efforts to lower the drink-drive limit.

It seems incredible that in terms of drink-driving we are still policing according to a standard that was first set almost 60 years ago and let’s be honest, a huge amount has changed since the mid-1960s. The Beetles are no more, Harold Wilson is no longer in No 10 Downing Street and the tunnel between the UK and France, first talked about in the so-called Swinging Sixties, has been built.

In 1964, the drink-driving limit in England and Wales was set at 80mg of alcohol in 100ml of blood, a level being considered by other countries at the time. But we now have some of the highest limits in the world, with European countries set at 50mg/100ml or lower in line with countries such as Australia, New Zealand and South Africa. Across the border in Scotland too, motorists have to stay below 50mg/100ml.

As we have some of the highest drink-driving limits in the world, is it time we changed that? The notion of tolerance to impairment is an odd one, we allow you to drive with some impairment, but how much is permissible? Any reduction in allowing impaired people to drive on our roads is surely a good thing?

What has already changed?

In 1960 there were an estimated 5 million cars on the roads in the UK, by the end of that decade it had doubled. Now there are 39.2 million (as of the end of June 2021). But it is not just the volume of traffic on our roads that has accelerated. Our new, all-singing, all-dancing vehicles go faster, handle better – according to the car sales adverts at least – but accidents are still happening in considerable numbers, all too often leaving tragic loss of life or life-changing injuries in their wake. The technology improvements, including safety enhancements, have played a significant part in keeping death and serious injury at what the Government considers a “low level”, “the lowest since records began”. Is it really justifiable that administrators seem to think 1500 deaths a year is acceptable, or 240 drink driving deaths is acceptable?

New Government statistics published at the end of September 2021 revealed there were 1,460 reported road deaths in 2020, and that was a year when we had a four-month national lockdown. The report also shows there were an estimated 23,529 killed or seriously injured (KSI) casualties in 2020, a drop of 22 per cent on 2019, but not as much of a fall as you would have expected during a pandemic.

A review has found that drivers with 50-80mg of alcohol in 100ml of blood are six times more likely to be involved in a fatal accident compared to those with no alcohol.

And Richard Allsop, Professor of Transport Studies at University College London, has estimated that around 25 deaths and 95 injuries could be prevented in Great Britain each year if the drink drive limit was reduced to 50mg/100ml.

This just leaves me asking, what are we waiting for?

Police officers need tools at their disposal to keep road users safe, and a lowering of the drink-drive limit should be part of that toolkit. That said, police forces would need considerable re-investment in this critical area of business in order to succeed with the bold statements currently being made. Dedicated roads policing officers have been cut by a disproportionate 25% nationally since 2006.

If the Government is serious about meeting its targets, they need to get serious about the methods by which they seek to achieve these. Lowering the drink drive limit is one of the simple things they can do in order to show true commitment.