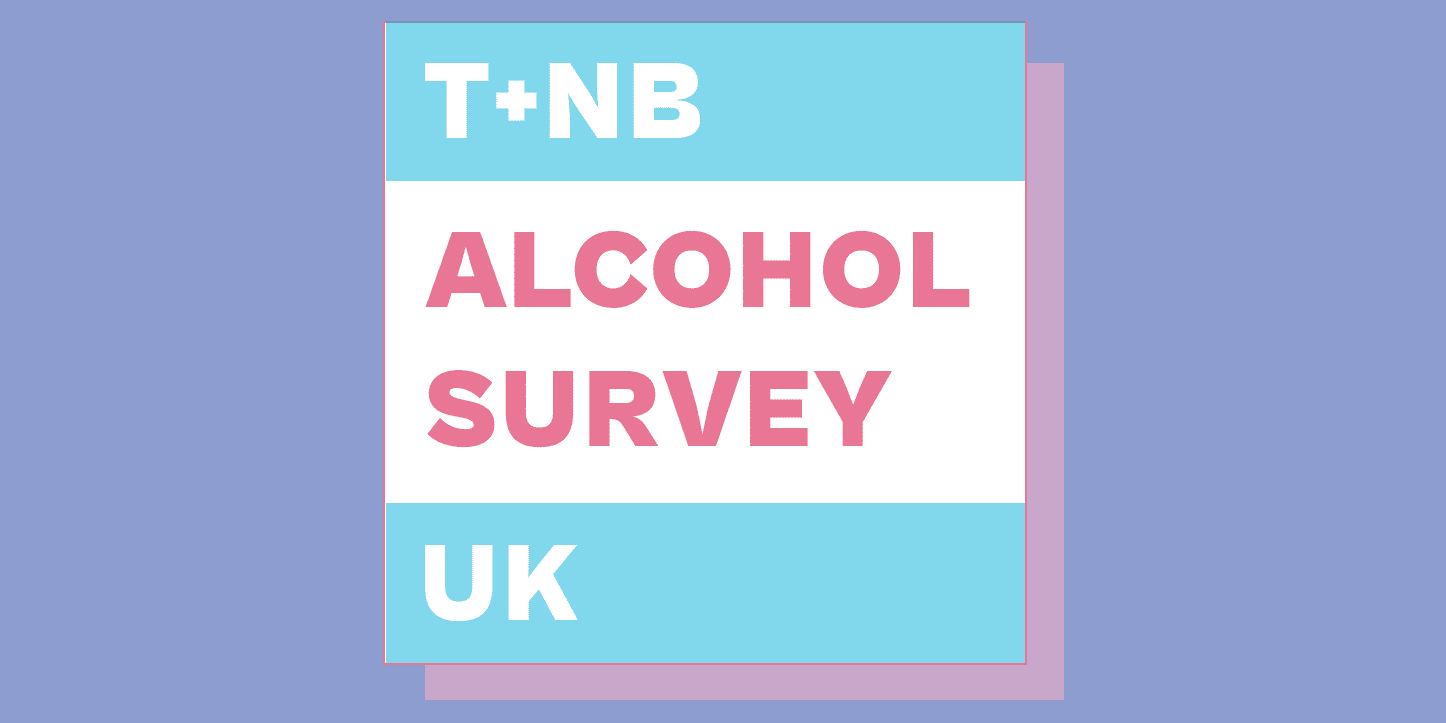 Gender is a socially constructed and multifaceted identity concept existing along a spectrum. Transgender (trans) people are a small minority of the population who identify with genders other than those assigned to them at birth. Cisgender (cis) people identify with their birth-assigned gender. In the United Stated, an estimated 1.2 million and 11% of LGBTQ+ people, collectively termed non-binary, identify outside the binary of male or female with enormous heterogeneity. They may use one or more terms to describe their identity including genderqueer, genderfluid, agender, and may identify as trans, cis, both or neither.

Unfortunately, in the past, researchers have failed to collect data on gender beyond binary sex categories of male/female. We want to change this.

Research from the Global Drug Survey was among the first to investigate non-binary people independent of cis and trans men and women. Among an international sample of people who use alcohol and other drugs, people with non-binary/other identities reported a more than threefold greater likelihood of alcohol dependence, relative to cisgender women*. They also reported a greater unmet need for help to reduce their alcohol use (Connolly et al., 2020) and a greater risk of experiencing sexual violence while under the influence of alcohol (Connolly et al., 2021).

Among the limitations of the existing literature is the absence of UK-based research and there is a greater need for representation of all gender minorities, particularly those existing outside the gender binary. Ongoing research from Oxford Brookes University is endeavouring to fill this gap with a national mixed-methods survey project. This study, which has been led by trans and non-binary people, was launched at the beginning of LGBT History Month with the aim of understanding the following among UK-based trans and non-binary people:

A challenge of this study has been accessing and recruiting trans and non-binary people in sufficient numbers to generate robust, actionable results that will do justice to the valuable time given to us by study participants. We have been very fortunate to have gained recruitment support from a number of leading community-led charitable (and other) organisations which serve trans and non-binary people in various ways. We rely on social media platforms such as Twitter to recruit our participants and are motivated to recruit as many people as possible, to ensure that we hear from a group which is diverse in terms of age, ethnicity, sex, gender, sexual orientation and (dis)ability.

We are calling on organisations from across the alcohol use research, policy and clinical practice sectors to support our recruitment efforts. We would be grateful if you can help us to improve representation of trans and non-binary voices in the alcohol use literature by sharing our study on your social media channels, newsletters and other electronic platforms. Help us to determine if current alcohol policies appropriately serve trans and non-binary people.

The link for survey participation: https://brookeshls.co1.qualtrics.com/jfe/form/SV_0oKcz0lAZVwz3oO