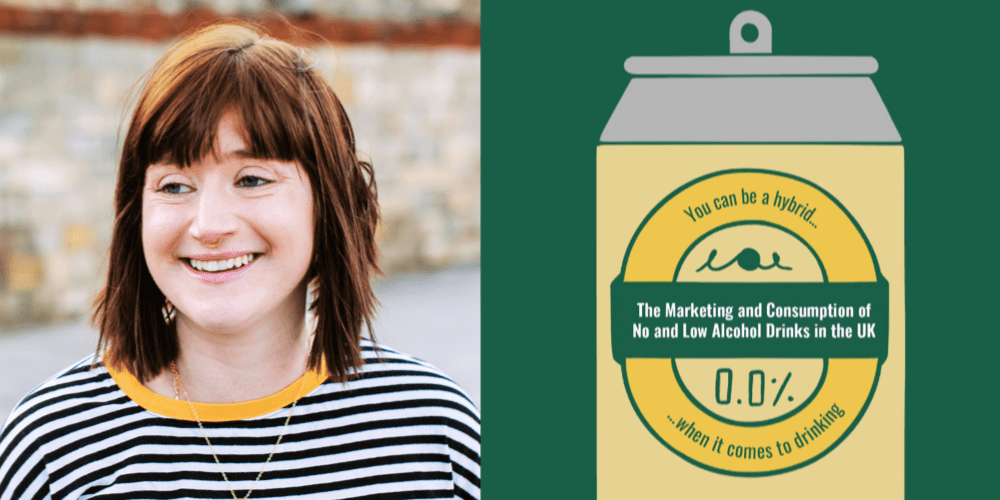 Fancy a ‘beer’ without the booze? You will likely find yourself with more choice than ever before. The market for ‘No and Low’ alcohol drinks – or NoLos – is expanding, with NoLo beer recently identified as one of the ‘fastest-growing drinks trends in the UK’. These developments coincide with decreasing drinking rates amongst young people and the growth of ‘temporary abstinence initiatives’ such as Dry January, and even a pledge from the UK government to help increase the availability of NoLos by 2025. If drinkers do ‘mix it up’ and start to swap alcohol for NoLo alternatives, we could see potential health benefits at an individual and population level and a reduction in alcohol-related harm.

However, we still do not really know if this is happening, and research into the effects of the expanding NoLo market presents a mixed picture. Whilst of course ‘substitution’ (swapping alcohol for NoLos) can and does take place, researchers have also raised some concerns and are aware that many NoLos are produced by major players in the alcohol industry who will not want consumers to turn away from alcohol entirely.

In 2021, generously funded by an IAS Small Grant, I set out to explore how NoLo products are (a) marketed and (b) consumed in the UK. I analysed two campaigns for leading NoLo drinks (2018’s ‘Now You Can’ campaign for Heineken 0.0 beer and 2020’s ‘Drink to the Future’ campaign for Seedlip) and interviewed 15 UK drinkers and non-drinkers* who consume NoLos. I wanted to understand more about how they use these products and what they like about them.

‘You can be a hybrid’: Evidence of substitution

There was some evidence in my data that participants were using NoLos in place of alcohol. For example, current drinkers Liam (26) and Christiaan (41) had switched to drinking them at home, but still drank alcohol when going out if they wanted to. Others liked to drink NoLos during the week and consumed alcohol at weekends, or had periods when they exclusively drank NoLos (for example as part of a health and fitness kick or when undergoing significant life changes). Participants really valued the choice and flexibility that they felt NoLos offered. As Pete (38) noted, NoLos supported a ‘hybrid’ approach to drinking and allowed participants to manage, feel on top of and at times reduce their alcohol consumption.

‘A nice little life hack’: the benefits of NoLos

Participants simultaneously valued NoLos for reasons relating to their similarities to alcohol and their differences from alcohol. On the one hand, they liked NoLos that had a taste and mouthfeel that resembled alcohol, and commented that NoLos could in some ways serve similar functions to alcohol; they were a ‘treat’ or could make them feel relaxed and/or included when with friends.

‘They are saying “have this as well”: Addition and alibi marketing

Whilst participants were enthusiastic about the expanding NoLo market, they were sceptical about some of the marketing practices used, which were also noted in some of the campaign materials analysed.

Addition marketing was evident in the data. This strategy encourages consumers to drink NoLos on top of their usual alcohol consumption (sometimes featuring NoLos in novel settings such as the gym or the workplace). The message here is that NoLos might be consumed in settings where drinking alcohol is inappropriate or illegal, but they are not a longer-term ‘substitute’ for ‘the real deal’.

There was also evidence of alibi marketing. This can occur when NoLos produced by the alcohol industry have very similar branding to a ‘parent’ alcohol product. Even when a NoLo is being advertised, it is likely that consumers will associate the advert with the wider brand or the alcoholic ‘flagship’ product. This is problematic as NoLo marketing is largely unregulated, with a risk that alcohol will be advertised ‘by stealth’ in ways that subvert existing regulation of alcohol marketing.

It is possible that further expansion of the NoLo market may contribute to the reduction of alcohol-related harms and help support moderate, flexible and ‘hybrid’ approaches to drinking amongst some consumers.

However, alcohol-related harm could also be exacerbated through strategies such as alibi marketing and addition marketing. The research also found that NoLo marketing may reinforce particular social norms (for example around drinking and gender) and perpetuate the idea that ‘everybody drinks’ (or at least that people need to look like they are!).

Finally, NoLos still represent a very small segment of the overall alcohol market and may not hold mass appeal to the majority of drinkers. This means attempts to increase NoLo consumption by the UK government must be only one element of a series of strategies to lessen the significant burden of alcohol harm.