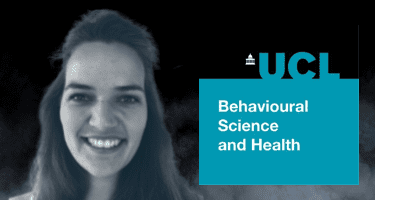 There is a strong shared association between smoking and drinking, meaning that people who are more dependent on alcohol are also more dependent and heavier smokers. Despite alcohol and tobacco being two of the most widely used substances, often together, there is still relatively little data on their co-use, particularly in the most at risk groups. This is a problem as drinking alcohol and smoking tobacco has a multiplicative effect on the risk of preventable cancers.

Alcohol dependence is a “craving, tolerance, a preoccupation with alcohol and continued drinking in spite of harmful consequences”. People receiving treatment for alcohol dependence are less likely to have their smoking addressed, because their drinking and other related issues are likely to take priority. This is despite high rates of smoking in this group and a high desire to quit smoking. But we don’t know much about the smoking behaviours, like cigarette dependence, among those at risk of alcohol dependence in the general population in England.

We conducted a study using data from a large survey of adults (n=144,583) in England from 2014 to 2021. This survey was representative of the national population and we used it to describe smoking prevalence rates among adults at risk of alcohol dependence and characterise their smoking and smoking cessation attempt characteristics.

Secondly, using roll your own cigarettes was particularly common among those at risk of alcohol dependence, with nearly two-thirds of past-year smokers reporting using them. This is important because roll your own is often cheaper, meaning those at risk of alcohol dependence may be finding cheaper alternative ways to pay for their tobacco and may be less incentivised to quit by price rises.

What does this mean

The UK government aims to reduce smoking prevalence in England to less than 5% by 2030. To do this, efforts need to be focused on those groups where smoking is most common and where past population wide interventions have had less impact. Many reports suggest smoking needs to be reduced in groups with a high smoking prevalence rate, and give some examples, but the list is not exhaustive and here we show another key group who could benefit from targeted help to quit.

There needs to be clear guidance around how to help those at risk of alcohol dependence who appear to be at increased risk of being excluded from smoking cessation support. This should include what services are best placed to provide support to those smokers at risk of alcohol dependence, which strategies work best, and how best to provide support in the community for people who may not be coming into substance use treatment.

To do this, we urgently need to make all opportunities count. So if someone’s alcohol use is being assessed it would be an opportune moment to discuss their smoking and offer support in real time. For example, if someone has high blood pressure because of their drinking, a GP or pharmacist can ask them about their smoking and offer advice, and act by prescribing them some medications. Offering support to drinkers across many locations can maximise the chances of receiving and taking up care.

Given the staggeringly high smoking rates in people at risk of alcohol dependence, this study shows that the public health implications are clear and that those at risk of alcohol dependence are a priority group for smoking cessation support, a group who have previously been overlooked. This finding is particularly time-sensitive in light of the UK government’s target of achieving a smoking prevalence of less than 5% by 2030 and advancing health equity.

This study was funded by Cancer Research UK and the National Institute for Health and Care Research.