The ONS summary states that in the UK as a whole, alcohol-related death rates have fallen since peaking in 2008, but the most recent year’s mortality rate is still higher than that observed twenty years ago. 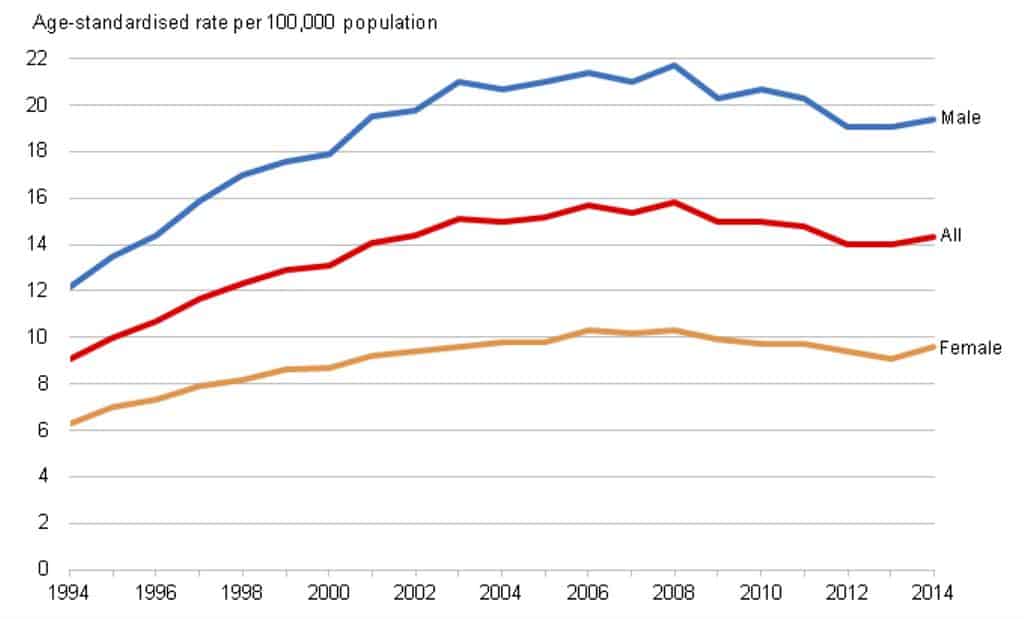 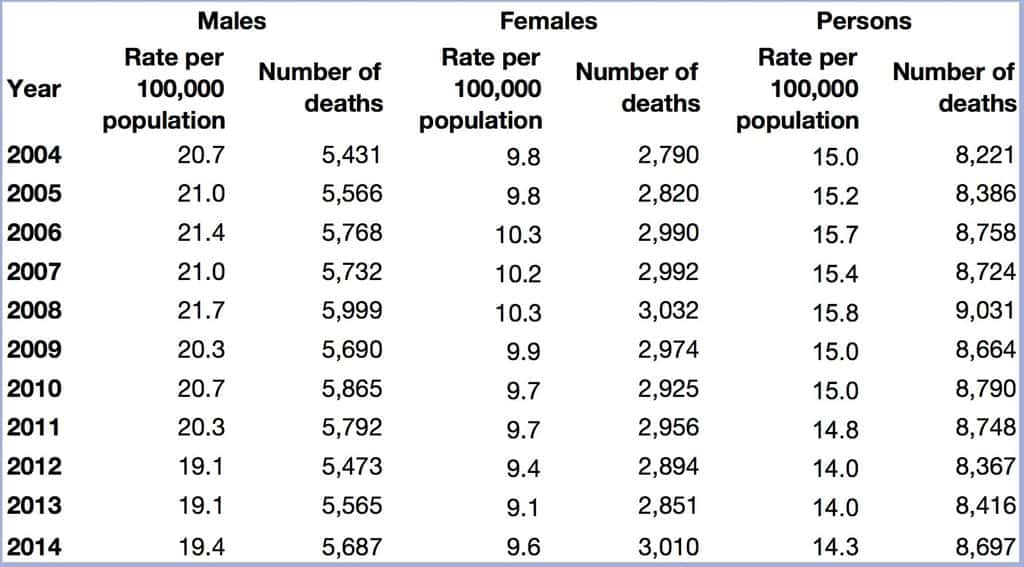 The annual number and rate of deaths among females also increased in all four Home Nations on last year, whereas it has fallen slightly for men in Wales and Northern Ireland.

Alcohol deaths most common among middle-aged

The health effects of alcohol consumed during a drinker’s life appear most likely to have the greatest influence on those in middle age. Commenting on the results from their time series, the ONS report observes: “In each year between 1994 and 2014, the age-specific rate for alcohol-related deaths increased steadily with age, before generally peaking among those in their 50s or 60s. The rate then fell in subsequent age groups and, in some cases, the oldest age groups from 75 years upwards had rates similar to those in their 40s.”

Public Health England (PHE) – who will release their Local Alcohol Profiles England report update in March – saw the figures as yet further evidence that more needs to be done around reducing the harms from alcohol. Professor Kevin Fenton, Director of Health and Wellbeing at PHE said:

“With over 10 million people in England drinking too much it is no surprise that deaths from alcohol continue to be far higher than ten years ago.

“Alcohol harms individuals, families and communities and it’s crucial that, alongside effective local interventions and treatment for those that need it, we look more widely at what affects drinking behaviour in this country, such as marketing and pricing.”