The Health and Social Care Information Centre (HSCIC) has published its latest Statistics on Alcohol England report today, showing across-the-board rises in the number of alcohol-related hospital admissions, deaths, and costs of items prescribed for alcohol dependence last year. The report’s infographics (shown below) illustrate the impacts of alcohol on the nation’s health in the last 12 months and beyond. 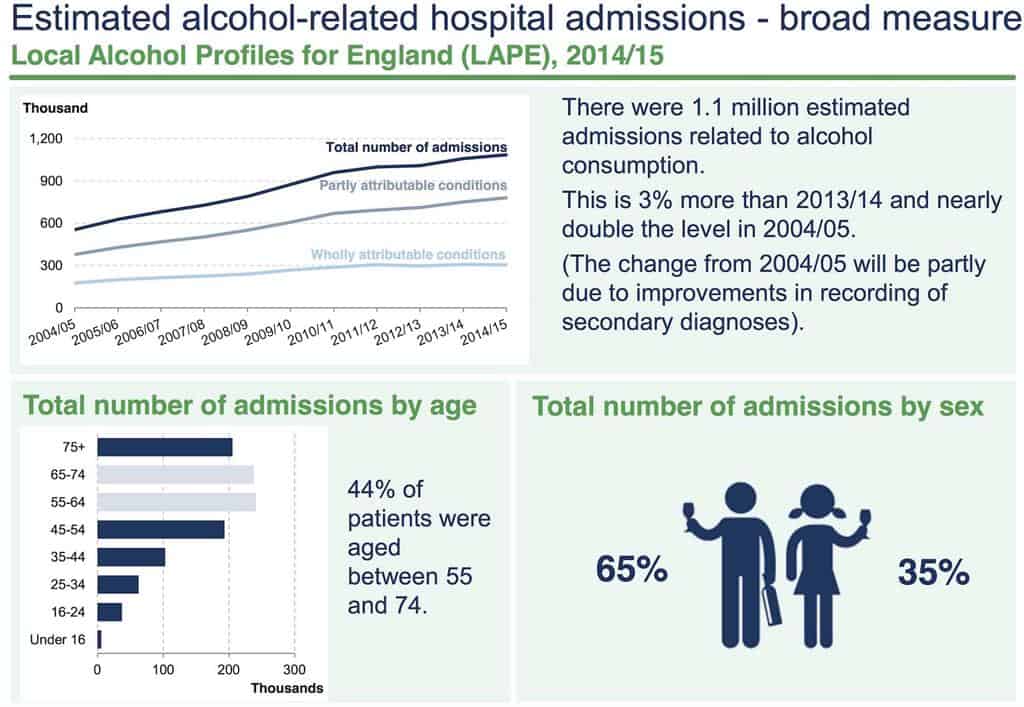 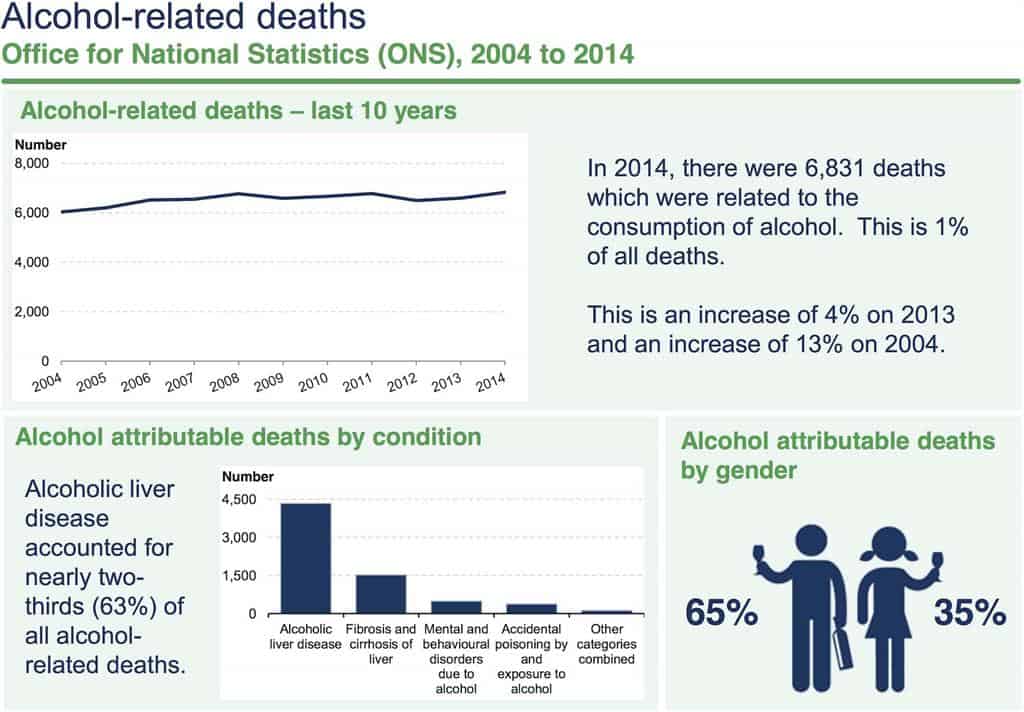 The data indicated that more people were being treated for alcohol issues than ever before. 196,000 prescription items for alcohol dependence were dispensed in England in 2015, 1% higher than in 2014 and nearly double the level ten years ago. The total Net Ingredient Cost (NIC) for items prescribed for alcohol dependence in 2015 was £3.93 million which is 15% higher than in 2014 and more than double the sum spent a decade ago (below). 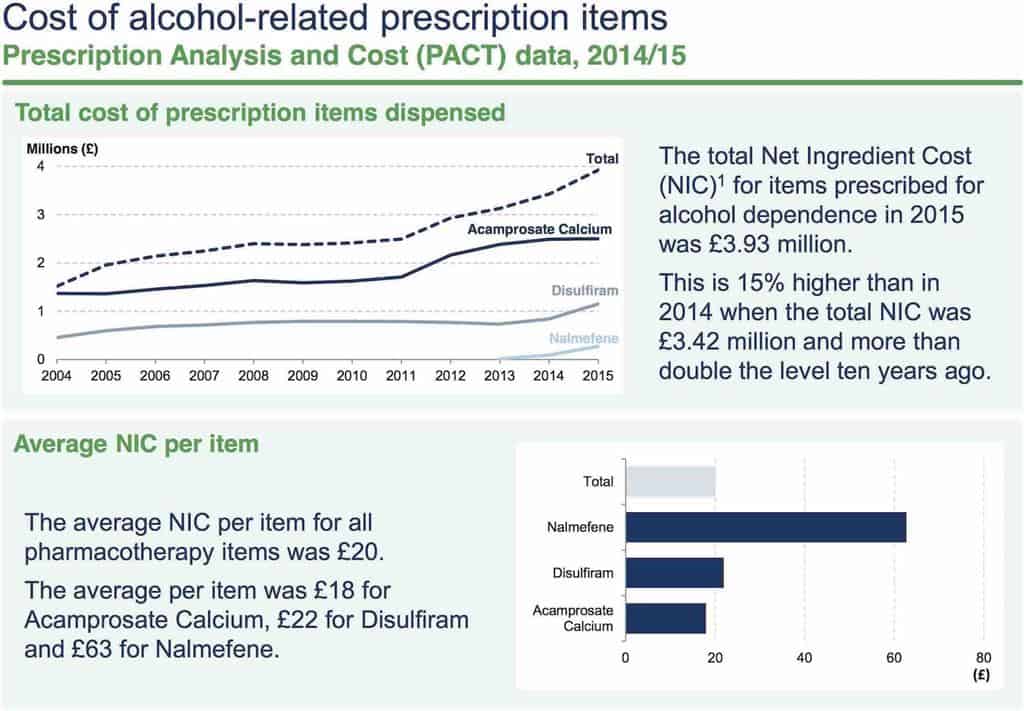 However, amid the gloom there were more positive signs around the consumption habits of younger people. In 2014, 38% of secondary school pupils had ever drunk alcohol, the lowest proportion since the survey began when it was 62%.

“However, hospital admissions and deaths from alcohol related illnesses and injuries continue to increase every year among adults in England, with men disproportionately affected. Many of these illnesses, such as heart disease and cancer, are experienced by people who may be unaware that their drinking is damaging their health.

“Public Health England will continue to work with national and local partners on measures to reduce alcohol harms and through campaigns like ‘One You’, we’re also encouraging people to lead healthier lifestyles.”