Alcohol was a particularly prevalent factor in violent incidents between strangers, 64% of which were perceived to be alcohol-related.

Those who drank alcohol or visited pubs and bars regularly were more likely to be victims of crime where the offender was perceived to be under the influence, as were 16-24 year-olds (illustrated). 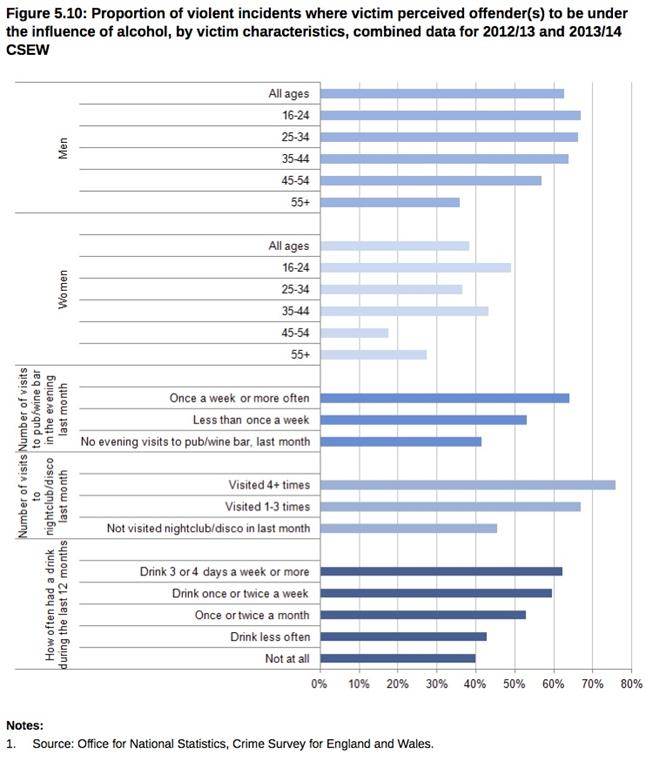 This information is taken from Chapter 5 of The Office for National Statistics ‘Focus on Violent Crime and Sexual Offences‘, which presents findings from the 2012/13 and 2013/14 Crime Survey of England and Wales (CSEW) on violent incidents where alcohol has been a factor. Additional analysis is also provided from the Home Office Data Hub, a record level dataset of police recorded offences.