Rise in Alcohol-related Deaths Levelling out 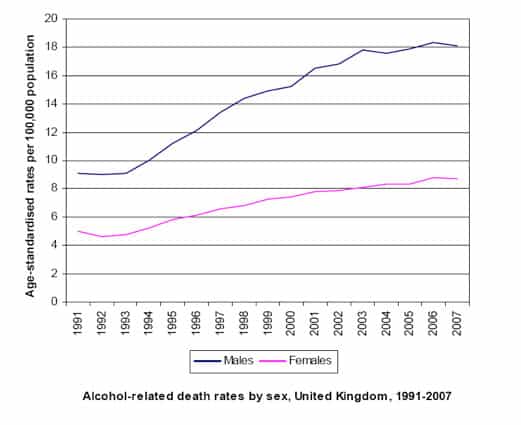 Data from HM Revenue and Customs show that over the same
period, sales of alcohol in the UK have shown a similar trend.
Consumption per person rose until 2004/05 before falling by approx. 5%
over the following two years, then rising again in 2007/08. 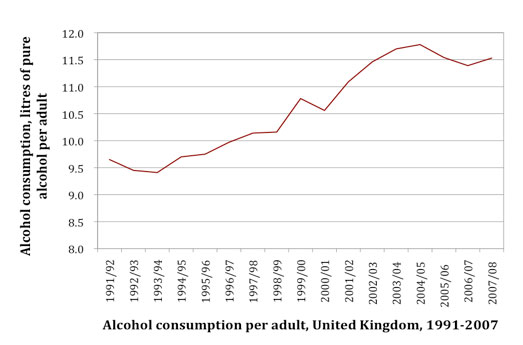 The data for alcohol-related deaths are available on the National Statistics website. .

The Health Profile of England (HPoE) 2008,  (pdf 2.8mb), which provides national and regional data on areas other than alcohol.